You are here: Products Mabel Crowley: Book One by E.H. Nolan 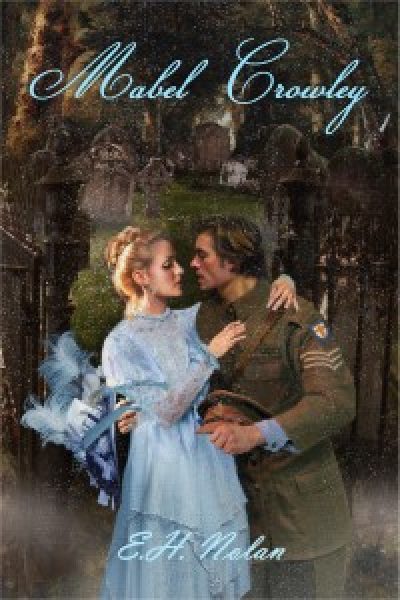 Mabel Crowley, the only child of a wealthy English banker, wants nothing more than to be rid of her last name and wed her first love, stable-boy Charlie Archer, whose own hopes reside in becoming a partner in his father’s livery yard. Her parents forbid the union and whisk the impulsive child away to Bath so that she might forget her troubles. Distraught and vowing that she will never love again, Mabel impulsively accepts a teaching position while on vacation in Bath, certain that this will ensure her spinsterhood and prove her undying love for Charlie. Irene Hartley, a five-year-old student desperately in love with her new teacher, persuades her parents to offer Mabel a position as governess to their growing brood. Her father is Theodore Hartley, the obscenely wealthy and renowned railroad tycoon. Theodore sees how his daughter has grown attached to Mabel, and after his wife dies in childbirth, he makes Mabel an offer of a permanent nature to make his eldest daughter happy. Still madly in love with Charlie, Mabel returns home to find out whether he has carried the same love in his heart in the years they’ve been apart. She finds him boarding a train, in uniform, ready to serve his country in World War I. Will she act once again on impulse, or will she make her decision based on hope for her future? A sweeping romance of love, longing, and the nature of hope, E.H. Nolan’s debut is a moving family saga that probes the deepest recesses of the human heart with subtlety, profound empathy, and prose filled with the emotion of open spaces and words left unsaid. Delving into the nature of sacrifice, family secrets, and the important of keeping promises and honouring commitments, Mabel Crowley captures the essence of the human condition as it delivers a passionate portrait of a life consumed by the power of love.

Nolan loves to read and participates in a family-run book club, finding inspiration from both classic literature and modern masterpieces.

Mabel Crowley follows two star-crossed lovers who are forced to separate at the start of World War One. Though both continue their journeys in vastly different elements, they still keep the love for each other alive in their hearts through the years. I liked the idea of creating a love story when both lovers are forced apart, and it was a fun challenge to continue to come up with new obstacles to keep them apart for decades!

Mabel spent Friday evening at the Hartleys’. She enjoyed a scrumptious dinner with Irene at the dining table and afterwards spoon-fed Harriet until she turned her head away. It was hardly her place to act as nursemaid, but Mabel enjoyed these activities so much that no one thought of taking them away from her. Mr and Mrs Hartley had been into the city for an elegant anniversary dinner, returning home to find a sound-asleep Harriet and a perfectly behaved Irene. She kissed both her parents on the cheek and said, “Have a lovely time?” just as she and Mabel had practiced.
Mrs Hartley chuckled and kissed her perfect angel before trotting upstairs to refresh herself in her powder room.
“Alice, dear,” Mr Hartley called from the base of the stairs. “Do you want me to wait for you?”
Alice shook her head and told her husband to proceed with what they had earlier discussed. Theodore agreed, blew her a kiss, and made a mental reminder to compliment his wife—for the sixth time, mind you—on how striking she looked in her new dress. The skirt hugged her hips as she marched up the stairs and once, at the restaurant, she had crossed her ankles. As her husband, Theodore had the privilege of observing Alice’s ankles any time he wished; still, after nine years of marriage, a mere glimpse of her ankle made his heart pound and the blood rush to his cheeks.
Without a second’s hesitation, Theodore hurried upstairs after his wife. He found her in the bedroom, sitting at her vanity. He knelt down beside her and clasped her hand.
“Alice, darling, I . . .” The devoted husband could speak no more. He kissed her dainty hand tenderly.
Theodore reached down to the ground and wrapped his hands round her ankles. He moved his hands up the smooth stockings and felt the curves of her calves. Alice pulled him up by his wing-tipped collar and kissed him with unwavering passion. Not once in nine years had a touch or a kiss from Theodore failed to quicken her breathing. Theodore wrapped his arm round her stiff, starched waist and continued to kiss her, slowly walking her backwards towards their bed.
“Miss Crowley,” Alice muttered, eyes still closed. Her husband lightly reminded her that his name was Theodore, not that which she had just mentioned. She smiled despite the lack of humour in her mood. “No, darling. I meant she’s downstairs with Irene. Don’t you remember?”
Theodore seemed to pay little attention to the indecency of his behaviour. He removed Alice’s sapphire earrings, kissing each earlobe as he placed the jewellery on the night table. As he unclasped her necklace, his lips brushed her bare skin. He traced her collarbone with his fingers and slid the material of her exquisite gown off her bony shoulders, down her slender arms, and past her hips until it lay in a billowing heap on the ground.
Theodore led his blushing bride to the bedroom door.
“Ted, what are you doing?” Alice half shrieked. She wrapped her arms around herself in a useless attempt to cover her stripped condition.
Theodore had an unmistakable twinkle in his eye as he put his finger to his lips. “Miss Crowley?” he called. Alice instinctively took a step back, but Theodore reached out and stopped her, holding onto her corset.
“Yes, sir?” Miss Crowley called from downstairs.
Theodore turned his wife round in a circle, using his left arm to hold her body close to his. He undid the knot at the base of the corset.
“Sir?” Miss Crowley was still downstairs.
“Mrs Hartley isn’t feeling well.” Theodore pulled the strings through the bottom few grommet holes. “She needs my attention.” He kissed the curve of her neck then turned his head towards the open door again. “You’ll watch Irene, won’t you?”
“Of course, sir. Would you like me to call a doctor?”
Alice’s corset was half-unlaced; Theodore’s fingers were working as quickly as they could. “No, no. I’ll see to it she gets what she needs.”
“Ted, we can’t,” Alice whispered.
In a moment, Theodore dropped the strings and corset to the ground. He shut the bedroom door, and his hand was met by Alice’s. Together, they hurriedly locked the door. Alice stepped out of her petticoat and threw herself at her husband, limp once supported in his arms.

Be the first to review “Mabel Crowley: Book One by E.H. Nolan” Cancel reply