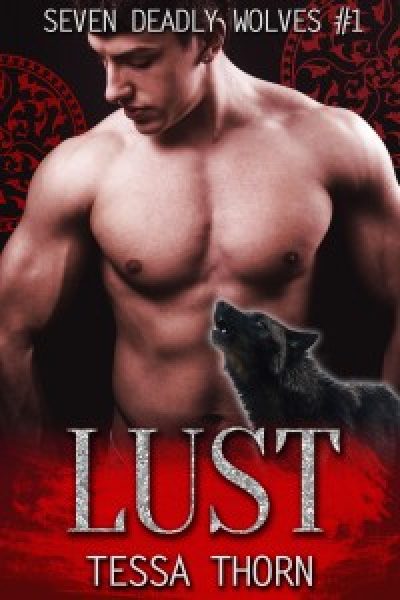 Cora Calloway is tired of her small town and eager to get her career on track. The ambitious artist moves to the big city to look for opportunity—and love. When she meets the mysterious Kellan at a gallery event, she has no idea what she’s in for.

Kellan is a demon of Lust, biding his time until he can become Alpha of his pack. After the current Alpha is challenged, the wolf shifter is ready to strike. But he needs to control his Lust first—and maybe Cora’s the right woman to satisfy his dark, kinky desires.

But when his spell rebounds on the magical sigils in Cora’s art, he finds himself bound to her. Without his power, he can’t fight for the title. As the two race to untangle themselves, the sexual sparks fly and ambitions clash.

When she isn’t working on her next book, she enjoys hand embroidery, snuggling with her cockatiel, and listening to music of all genres.

Kellan was dumbfounded that his spell hadn’t worked. It had backfired on him and left his fingers stinging with recoil. All he had wanted to do was amuse himself by getting the cute artist to lust after that snobbish old art buyer. He hadn’t counted on whatever had happened now.
As he approached the artist and her painting, he immediately saw what the problem was. There were sigils in the painting, painstakingly executed in all their intricate detail. What kind of artist would put sigils in their work? The cheerful façade of this woman was not to be taken lightly. She clearly had more depth to her than one would think. He would have to suss her out.
She was particularly pretty—the kind of pretty where she unabashedly presented herself to the world, unaware of how alluring she was. He had noticed her as soon as he had walked in the door and kept an eye on her as a potential target for his mischief, but now that he saw her up close, he wanted her all to himself.
She had lovely curves under her dress, which had been cut specifically to accentuate her body. She was wearing it like she wasn’t even aware of the effect, which was unusual. This artist—Cora Calloway, according to the card next to her painting—was an odd bird.
Her eyes lit up with a charming sparkle when he approached her and he quickly wracked his brains to think of something to say. He’d have to be careful. It was possible that she was clueless, and had simply thought the sigils looked cool (shockingly common among humans these days), but it was equally possible that she was a powerful sorceress and had simply affected an oblivious demeanor.
“Your work is truly engaging,” he said, flashing a winning grin at her. “I’ve had my eye on it all night.”
She seemed to visibly perk up at this. “Thank you,” she said. “I’m new to the gallery.”
“Has there been much interest in your work?” he asked.
She nodded. “There has. I’m hoping that moving to the city will give me more inspiration. I’ll be able to focus now that I have a studio for myself.”
Now there was an angle he could work. “So you’re new here, eh? Where’d you move from?”
She suddenly became shy. “I’m from a town a couple hours from here,” she said, looking away. “It’s nothing fancy. I had to escape it.”
So she was a small town girl. That would explain how dazzled she looked by everything and everyone. Still, he had to be careful. There were potent magicians who lived out in the rural areas, drawing their strength from being close to the wild. He couldn’t rule out the possibility that she was one of them.
He tried to smile warmly, subtly moving closer to her. “I’m sure you won’t regret your move,” he said in a lower tone. “Since you’re new… Would you want to get drinks some time? I can show you around the city.”
She seemed flustered, which was surprising. Someone like her almost certainly had to deal with male attention on a regular basis. Maybe they hadn’t appreciated her out in the boonies.
“I’d love to,” she said, visibly struggling to regain her composure. “Um, you want my number?”
It was almost precious, he thought, as he took out his phone and gave it to her to put her number in. She reminded him distinctly of a rabbit or young deer—cautious when necessary, but otherwise startlingly harmless and soft. There was something enticing about her beyond her good looks and endearing personality. Could it be?
Maybe, though Kellan, he had found a potential submissive. It was possible, sometimes, to scope this out by way of a simple conversation. It was the body language, the way they reacted to the gestures of a naturally dominant person. He wasn’t always correct, but his intuition was on point more often than not.
“I’ll give you a call,” he said. “I know somewhere we could go. Somewhere a cute artist like you would find intriguing.”