You are here: Products Lucy’s Diary by Saffron Hayes 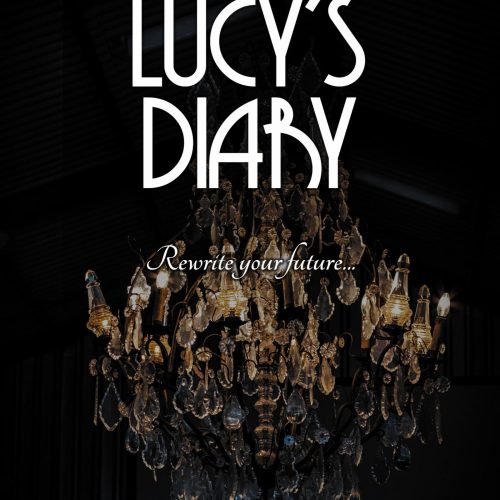 Saffron Hayes is the British author of ‘Romance and Ropes’ novels set in Club Drift. She lives near London with two dogs and many, many books.

“Here,” William pulled Lucy back and kissed her cold lips, “I like it when you tell me stories, pet. You should do it more often.”
“Sure, but I want to hear your stories too.”
He shook his head, “We’ll see.”
“It’s only fair, isn’t it? One for one. An eye for an eye.”
“I thought our relationship was more ‘I say, you do’?”
“As if! It’s all me telling you what I’m working on and you doing what I say!”
“Oh, is it now?” His grin was positively evil. “What if I…”
He turned her around and pulled her back close to his chest, restraining her with a firm arm just above her breasts. His other hand resting dangerously low on her hip.
She could feel her heart fluttering. All he needed to do was take control of her body just a little. Just a touch of restraint. A hint of the power he had over her when they’re together at the club. Instantly her awareness of her body and his was heightened. The sound of his calm breathing, the smell of his jacket, the delicious thrill of not being sure what he’d do next, but knowing that she wanted it.
“It’s just work, is it?” His voice was low and steady. His lips brushed against her ear. “Just research?”
“Yup,” she said, biting down on a bratty giggle. “Just going through the motions.”
His grip tightened just a little, “See, I think you fancy the pants off me. That when I touch you like this, you go weak at the knees and straight up can’t resist me.”
She laughed and tried to turn around in his arms, playfully struggling against his retraining embrace, “No way!”
He released her for long enough for her to turn and their lips to meet.
“Really though?” He said when they parted, “Really?”
Lucy met his eyes, and the laughter died in her throat. He was serious. Really?
The answer was simple.
Really, she craved his touch morning, noon, and night.
Really, she wished she could tell him how he occupied her every waking thought.
Really, she’d fallen in love with him.
She couldn’t, though. She didn’t know if it was fear, self-preservation, or pure pig-headedness that stilled her tongue, but she couldn’t tell him.
Instead, she kissed him. Maybe this could be as good as the words. Maybe he’d know what she meant.
She wrapped her arms around his neck and kissed him like this was their first kiss, or maybe their last.
Soon, she found she’d rather be somewhere more private.
“The club?” He asked, his breath warm on her ear.
“No, come to mine,” she said.
His roving hands stilled for a moment and he pulled back, assessing her expression. “You sure?”
“Yeah, course I am,” she said, batting away any nerves that might be fluttering nearby. “Why not?”
He grinned and kissed her, “Better than getting arrested for shagging out here.”
“It’s too cold for that anyway,” she agreed, taking his hand and leading him back towards London Bridge station. “It’ll take about twenty-five minutes, okay?”
“Fine by me, but a minute longer and I’ll have to strip you in the street.”
She laughed, then glanced back to make sure he was joking. His expression was inscrutable. He was definitely joking. Probably.