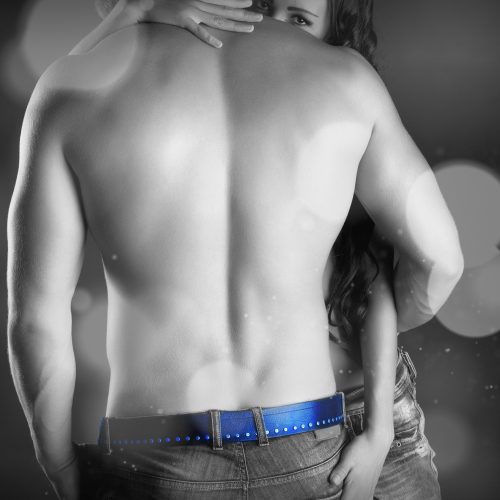 The penultimate conclusion of The Luminara Series. Moral complexities, emotional conflicts, and life-changing dilemmas test new parents, Lucca and Lexi to the limit. An investigation begins, chaos erupts, and hearts are broken. Suffering their hardest challenge and trauma yet, Lucca cracks while Lexi finds the strength to fight for their family.

SJ Molloy, British Author of ‘The Luminara Series’ was born in Edinburgh, Scotland. She currently resides in Scotland with her husband, two daughters, and her puppy, a loving gun dog who is utterly spoiled. Along with writing and publishing romance fiction, SJ is completing her MLitt Creative Writing, Crime Writing and Forensic Investigation postgrad at the University of Dundee.

When she is not writing, reading, studying, enjoying family time or walking her dog, SJ loves all things practical and creative. Dancing, music, cooking, travelling, good food and wine and painting are her favourite past times along with laughter, lots and lots of laughter.

SJ loves reading and writing romance and crime novels, which focus on moral complexities, fractured relationships, and contain a unique voice. She enjoys stories filled with imagination, intricacies, flawed characters, twisted plots, and suspense. Anything to get her thinking. Family saga’s and multi-layered stories are among her favourites. She loves to submerge herself between the pages of heart-stopping, emotional, and atmospheric reads which grip her attention and awaken her senses.

I started writing The Luminara Series in 2014. I published the first four books and then I had three spinal operations so I had to have time off. I'm back working now and have just published the 5th book in the series. It's a well-developed series with layers, subplots, tragic complexities, emotional conflicts, family saga's, and moral dilemmas. I knew I wanted to write a sweeping romance series, but I enjoyed developing it into a suspenseful read filled with lots of drama and intrigue. This series has a huge backstory that features throughout the book. It's based on Stockholm Syndrome. The heroine's mother was kidnapped when she was 19 and was backpacking in Australia. As a result, two children were born during her captivity. This series focuses on now 26-year-old Lexi and her romance with Lucca, who teaches her how to overcome her trust issues and fears. However, they experience lots of heartache and obstacles as a couple. Lexi's past comes back to haunt her. I set the books between Tuscany and Scotland, and I set the backstory in Australia. As I'm Scottish and used to live in Australia, I enjoyed writing about the locations and being descriptive. I like to travel to Italy on vacation and therefore enjoyed writing the atmospheric aspects of the Tuscan locations. Luce Eterna: Part 1 is the penultimate conclusion about Lucca and Lexi's journey. The finale and their HEA is in book 6 – Luce Eterna: Part 2, releasing later this year. Book 7 is a stand-alone from one of the other alpha characters but can be read as a stand-alone or to accompany the series. I knew it would be a deep and thought-provoking series from the onset, but I've enjoyed layering the story and adding lots of twists and turns.

He roughly grabs his jaw in frustration, then spins around so his back is to me. I try discounting his rejection, his confession, but it’s swing ball rotating in my mind, heart, and chest and I can’t chase it or catch it.
I don’t know what to say. I don’t want to believe he means this, but now he has me doubting absolutely everything.
I’ve always needed his reassurance, patience, positivity, passion, and devotion. He’s offered me this since the moment we met. I’ve taken it for granted that’s how he is in general with me, how we fit together. If we don’t have that connection anymore, how will our relationship work?
His amazing traits have helped me see clarity on numerous occasions, but now he can’t offer me any of that, I’m left wondering if he’s right. Without all his wonderful attributes, our relationship would hit a rock bottom.
For one: I don’t know what type of person I’d be without all his greatness and love. Two: what type of couple would we be if his heart and mind are no longer on and in us? And three: he didn’t love me or trust me enough to tell me about his cancer, and that is monumental.
Will we ever work?
Did we fall in love too quickly?
Did I trust too easily?
Have I been too dependent on him?
I believed him.
I should’ve got to know him before I let him prune the weaved thickets protecting my heart.
I gave him everything. I gave him me and this is how he treats me, treats us?
He’s not only giving up on himself, on life, on us, but he’s also giving up on me and he promised he’d never do that.
He didn’t think I was stable or strong enough to support and care for him through cancer?