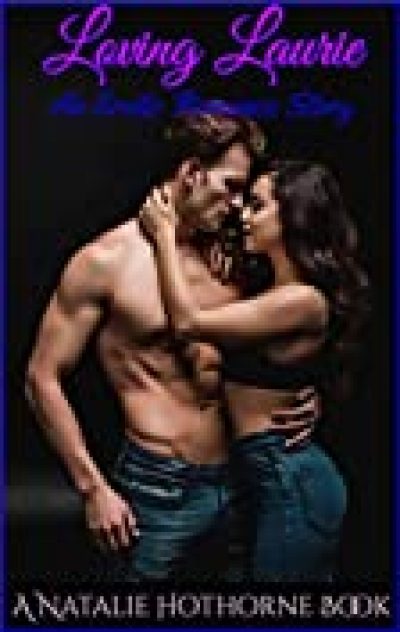 With the guidance of sexpert, Mona; and Joe’s patient attitude, Laurie finally conquers her worries and discovers a completely new level of intense pleasure.

Loving Laurie, is a tale filled with love and extending boundaries.

I believe that all sexual expression, as long as it is consensual, is positive sex and is to be celebrated.

I am blessed to be able and enjoy a rich and diverse sex life. My second husband, Neil, is very supportive and loving. Like my first husband, he understands my need for self exploration and that it sometimes involves other lovers. I like to believe that my experiences help make me a better writer.

Like many writers, my stories draw on actual events from my personal life. The anal sex scene in Loving Laurie is no exception.
My first experience was nothing like Laurie's. It happened when I was in college. My boyfriend at the time asked me if I had ever done anal. I was honest and said, 'No, but I would consider it under the right circumstances.' He must have decided that meant he had my consent.
The next time we were together, he was behind me and it was feeling good. Then he pulled out with no warning and worst of all, no lube, just shoved his dick deep in my ass.
I am sure the entire dorm heard me scream. I was more shocked than in pain. We broke up shortly after that, and it was years before I let anyone even get near my butt.
Three years after I married my first husband, he asked me to try it again. He was such a gentle and sweet man that I agreed. Older and wiser, I was leaving no margin for error. I consulted an expert, yes there really was a Mona that helped me out. We did not discover Tush Cush until years later, but she recommended a great lubricant. Her advice, the lube and my husband's slow approach made it one of the most powerful orgasms I have experienced in my life. Something that I hope comes across the page when you read Loving Laurie.