You are here: Products Love’s Fate by Tracey Smith 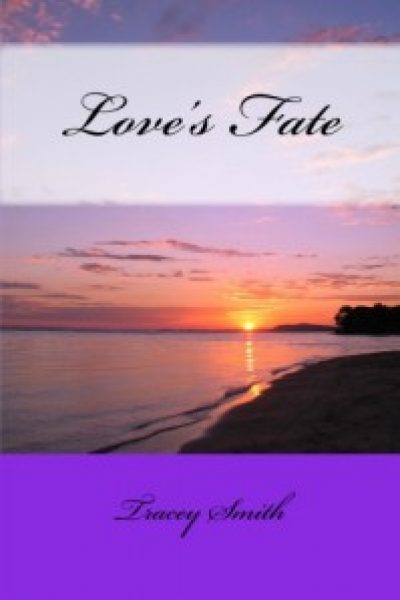 Connected by Tragedy… Consumed By Love

Katherine didn’t believe in soul mates, she wasn’t even sure if she believed in love… until the night she saw him. There was something oddly familiar about his dark blue eyes, but she was sure she’d never seen him before. The only thing more confusing than the overwhelming attraction she felt toward this mysterious stranger, was the way he was staring right back at her with that same look of curious fascination. Then suddenly he leaves and she’s left with nothing but the haunting memory of his beautiful eyes and the strange connection they seem to have with her recurring nightmares.

The day Michael’s mother died was one of greatly mixed emotions. He would miss his mother, but her passing meant that he would finally be free of his oppressive father. He was leaving and nothing was going to stop him. But why couldn’t he stop thinking about the beautiful woman he had seen the night he got the call about his mother. Why had she seemed so familiar?

More than once their paths will cross, but will they ever find each other? Will Fate ultimately bring them together or keep them apart?

I began my writing career in 2009 with the publication of my first novel Love’s Fate, which quickly grew into a romantic series. Since that first day that I sat down to write I haven’t been able to stop. Writing is my passion and has become a necessary part of my life. Sometimes there are stories that just beg to be told.

Three months later I had written a full length novel and had discovered my passion for writing. Three years later Love’s Fate is now the first in a romantic series, each book taking this unique approach of telling a love story from both sides in alternating first person perspectives. By presenting the story this way the reader is given a bird’s eye view and is able to discover the connections between the characters, long before the characters themselves are aware of them.