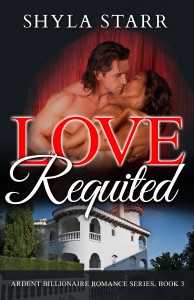 Deirdre’s luck has changed for the best. Having signed the new recording contract, she was on top to the world. The only thing that could put a damper on it was Felix’s attitude. How can he not be happy for her?

With billionaire Parker knocking at her door, things are moving off in a different tangent.

I just love to express myself through my own fantasies and that is what writing does for me. I want to share my character’s sexuality with an audience who appreciates every detail.