You are here: Products Love or Money by Kerry Taylor 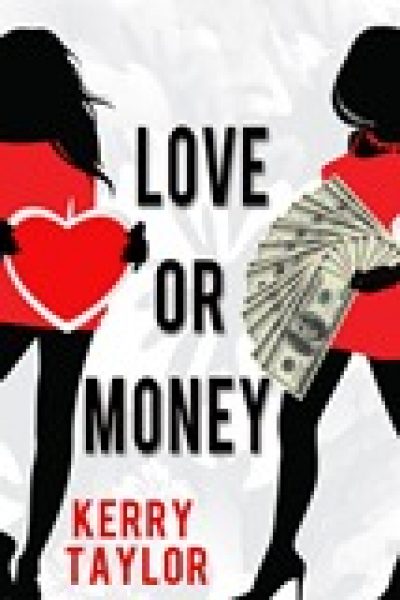 Love or Money by Kerry Taylor

Heather and Kelly always go to funerals, birthday parties, weddings, and Christenings together, the inevitable spinsters for life

At a wedding, the bride states to the two women, “The only two women that go to all events together are either lesbians or sisters, and you two are neither!”

Heather and Kelly embark on a quest to get engaged within a year!

Which one will win?

A laugh-out-loud, romantic comedy about two women on their quest for marriage.

Kerry Taylor born and raised in London, resides in Madrid with her three children. She has written several poetry and romantic comedy novels.

I just thought it would be funny.

We are enjoying our song, “Celebration” by Kool and the Gang. They sure were Kool!
Every time we get on the dance floor, everyone has to join in. I’m not sure if it is our cool moves, or the fact that we look like we are having such a good time, but we always know how to get a crowd moving.
It is a song that should be played at every wedding, party, birthday, celebration, and funeral. It is what I want playing at my funeral, a song that everyone can get down and enjoy themselves to!
It is Kelly’s cousin Lisa’s wedding. Her husband Steven finally proposed after years of gentle persuasion. Always with the same excuse, “I do not believe in marriage. Everyone I know that has been married, split up after seven years. We have been together for ten years and we are still going strong because we are not married!”
Kelly would always reply, “I am not having children without getting married. I am on the wrong side of thirty, we either do it now, or I find someone that will!” With that gentle persuasion, one week later, he bought the ring, and they were engaged.
She did not care how he did it as long as he did it, and soon. She made it known that she had to persuade him because the question in everyone’s mind was, “After ten years, why bother?” She would say, “I wanted children.” To this her mom’s reply would be, “You do not need to get married to have kids, you need sex, dear!”
In the middle of the dance floor, dancing the night away, the bride comes to join us out of nowhere. It was like a gush of wind, she is looking at us like she has something on her mind, and so we allow her to join in. We are not selfish and think we are doing a girl’s thing, when all of a sudden she blurts out, “You guys make me laugh. I love you, but the only two women that go to weddings, Christenings, funerals, parties together are either lesbians or sisters, and you guys are neither. What gives? College days are long gone!”
We look at each other. We never thought about it. Furthermore, it does not bother us. We live together, work together, play together. One time, we had sex together, well not exactly together, but it in the same room. That night was fun. I think we should do it again!
For years, we took things for granted, expected that every year would be like a college year. We were roommates, but we felt that because we bought the place, we were more grown up and had responsibilities.
We look at each other and realize, she is right. Neither one of us was getting any younger. You can be friends, but then there has to be a line. Sooner or later, we have to move on. Realistically, we should have moved on at least five years ago. Reaching your 40s and still having a roommate is fine if you are a divorcee or a bachelor.
We are neither, and we certainly are not going to turn into spinsters. Most of our friends and family members who are younger than us are on their second marriage, or for some, their third. We have not even reached one, and we have not thought about it. Although, I did suggest we get a cat.