You are here: Products Love, Lust and Dry Undies by Birdie Paxton 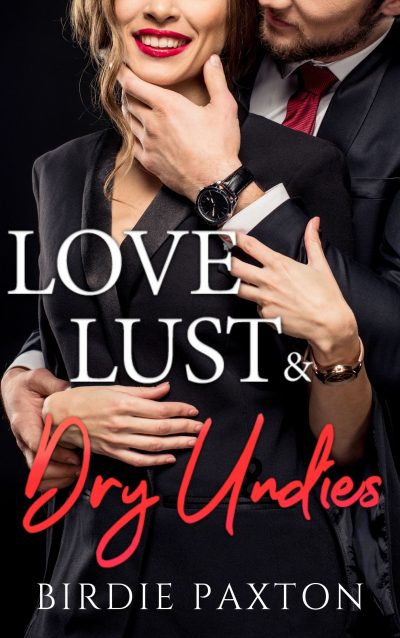 Lily Harper struggles with boys. Always has and always will. As a small and slightly chubby California girl in London, she’s come to accept that she’ll never be the hottest property in town.

That all changes when she meets billionaire and presidential candidate Gustave Leroy during a business trip in Paris. Their attraction is magnetic and for the first time in her life, Lily contemplates trading her cozy life with her crazy flatmate…for a shot at love with this widely coveted bachelor.

But as their tentative fling turns into a passionate inferno, it becomes clear that Gustave is hiding much more than ripped abs and round buttocks. As his darkest secrets threaten to jeopardize everything, Lily is left with little choice but to embark onto a journey of self-discovery that promises to expose her deepest taboos and shatter her moral and sexual boundaries.

There are few things Birdie Paxton enjoys more than bathing under the summer sun while sipping on a mimosa in one of the many quirky bottomless brunch joints of her native London. One of these rare things though is to sit at a Covent Garden cafe with her old Dell laptop and write her next Romance story (and compulsively look up and fantasize about the occasional hunk strolling past her)

I wanted to write my own take on the steamy billionaire romance story, with twists and reveals inspired by my own life, while letting my imagination run wild. I also would lie if I said that I didn't take inspiration from the Fifty Shades series!

I was hardly convinced that dating two random art students would solve our celibacy woes, but slowly I warmed up to the idea after she mentioned that the well-intentioned chaps intended to take us to Hakkasan for Dim Sum Sunday. So there we sat, in the upscale Mayfair restaurant, dying to get stuck in their famed five-course feast, taste buds ready to salivate. The clock had just struck eleven A.M. but I was already insanely famished, having skipped breakfast in anticipation of what promised to be a Cantonese orgy full of exotic flavors and tantalizing aromas. I had no intention of washing down my steam dumplings and crispy duck salad with tap water, so I went for the “signature” breakfast, which came top-and-tailed with two cocktails and a half bottle of champagne for an extra £20. Thank you Aiden!
The two blokes were obviously in it for the kill. Hakkasan was arguably the best restaurant in town, and the bill would rise upward of £300–for bloody breakfast. Too bad nothing would happen. The moment I had shaken Aiden’s hand in the doorway of the restaurant, it was clear to me that we wouldn’t have a thing and live happily ever after, and I felt somewhat unsettled at the thought of refusing the advances I knew were coming. By all accounts, Aiden and Piotre were handsome fellas, with strong jawlines and abs of steel and ripped chest and all the good stuff, but they reminded me more of hapless Californian surfers scouring the ocean for meaning than the dependable Don Juan I was desperately longing for.

Be the first to review “Love, Lust and Dry Undies by Birdie Paxton” Cancel reply