You are here: Products Love in an Elevator by Sharon Chaud 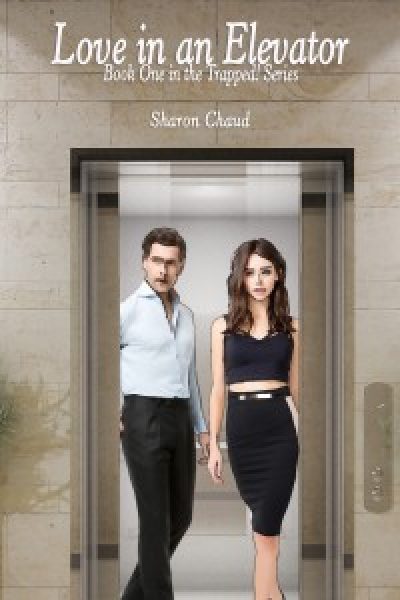 Love in an Elevator by Sharon Chaud

Emily is the star lawyer at a powerful New York law firm. She commands the courtroom during the day, but at night, she can’t seem to pull her confidence together to talk to a man. One fateful evening, she gets trapped in an elevator with David, a corporate delivery man, who happens to be her current crush. Once Emily is put into a position where she can’t run away, she finally lets her desires take over.

I’ve been a freelance writer for many years and have done a fare share of ghostwriting. I figured I should start writing my own books instead of wasting my talent writing other people’s books.

The elevator bounced as it stopped suddenly. There was a grinding sound as the metal box sunk a few more inches but then they were perfectly still. Perfectly still and silent.
David broke the silence. “Uh oh, this doesn’t seem good.” He stepped over to the panel of various buttons and found the ‘emergency stop’ button. He pulled it out, but nothing happened. He pressed the ‘call’ button but got the same response. “It doesn’t seem to be working.”
Emily just let out a long sigh before setting her bag down and leaning against the wall.
“You’re not claustrophobic, are you?” asked David.
“No,” she responded with a curious undertone.
“You just seem overly anxious. I thought maybe you didn’t like tight spaces.” David pounded on the entire panel a couple times and tried both buttons again. No luck.
Emily picked up her bag and started digging through it. “Let me get my phone and I’ll call someone.” She pulled out her smartphone and started scrolling through contacts until she found ‘Tina’ and hit the call button. The phone didn’t even start dialing before the screen went black. “Damn it!”
“What happened?” asked David.
“Phone’s dead. I never plugged it in today.” She tossed the useless hunk of metal and glass back into her bag. “You have a phone?”
David had already checked his pockets while Emily was calling for help. “No, I must have left mine in my van.” David used his smartphone for directions and scheduling so he always clipped it to a display on his dash. Many times he just left it there because he was usually just running in and out of a building real quick.
“Now what?” Emily asked with frustration.
“We could bang on walls in hopes that someone hears us,” suggested David, not really taking the idea seriously.
“Everyone is gone. Nobody will hear us.”
“Well, then I suggest we get comfortable.” David sat down on the elevator floor and leaned his back against one wall. He just looked up at Emily and smiled.
With a sigh, Emily slid her back down the wall and sat on the opposite side of the elevator, facing David. Her feet were throbbing and her eyes starting to feel heavy. Her mind was just locked onto an image of her nice warm bed.