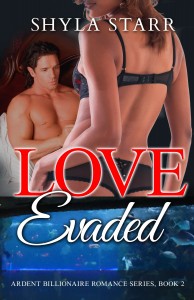 After a terrible breakup with Parker, Deirdre has moved on.

Her life is looking up and she is seeing someone from her modelling job. Felix is good to her and her younger brother, D’Angelo. But is this enough for Deirdre?

Deirdre’s doubts about her feelings for Felix are brought to light when she unintentionally meets Parker at the Aquarium. Although the chance meeting didn’t start off on the best terms, Deirdre finally got the opportunity to present her side of the story.

Feeling ashamed and stupid, Parker attempts to make amends with Deirdre, only to be told that she is with Felix now.

Download the book now to find out what Deirdre decides to do next.

I grew up reading romance and I am really into the strong alpha male and I love the exotic men who are different from me so it was natural to want to share these interracial sexual experiences with my audience because I love this genre so much myself.