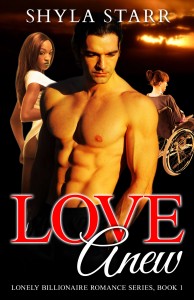 John is a billionaire with a dying wife. Tricia is the nurse who takes care of the ailing Rebecca. John does not want to let go of Rebecca but it is not his decision to make. Tricia feels sorry for both John and Rebecca, but there is another feeling that the nurse can’t just shake off.

Tricia pulled back. “What are we doing?” she asked.
John shook his head. “I have no clue, but I can’t stop. I’ve wanted this for so long.” With that, he pulled her against him.
After the rising sexual tension over the last few weeks, being held against his skin felt so right. She ran her hand along his shirt and started to unbutton it. He pulled off his suit jacket and shirt before reaching to pull off her shirt as well. Grasping her breast in his hand, he held his lips to her nipple and bit it until the nipple became hard. Moaning slightly, he reached for her pants to undo them. Ripping her pants from her body, he turned her over on the desk.
Standing behind her, he entered her with one sharp thrust. Tricia closed her eyes as a wave of pleasure washed over her body. He had more than one reason to be confident. The entire shaft could not fit inside her, despite his deep thrusts into her body. Holding on to the edge of the desk, she pushed her body back into his. Waves of heat rolled off their bodies as they pushed toward climax. Faster and faster, he drove into her body until she started to orgasm. The clenching of her muscles and moans caused him to reach the brink and he came explosively inside of her. Falling on top of her on the desk, he held her chocolate skin in his ivory white arms.