You are here: Products Love and Hate by Vidisha Chandna 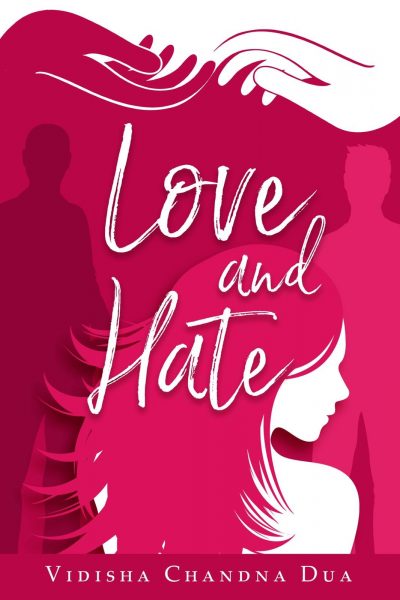 Love and Hate by Vidisha Chandna

Many times in life we make choices, not based on logic but what we are feeling at that particular moment without realizing its effect that will have on others.
Alia’s life is changed unexpectedly because of the choice she made. How is she going to bring her life on track again? Will love conquer hate or is that an impossible task?

Ever since she can remember Vidisha has been a daydreamer. She loves to travel, try different cuisines, dance, listen to music and most of all she loves to read.
Vidisha took a break from work when her daughter was born. Her life changed when she took her daughter to her first dance class. She had an hour to spare so she started writing a story and then there was no looking back.With life experiences from the Middle East, Scandinavia, Australia and India, Vidisha weaves an emotional and romantic journey for her characters. She has always believed that if you really want something, the universe will come together and open doors that you never thought existed, all you have to do is listen and look carefully around you.

“Is everything alright?” asked Ruby.

“I’m not sure? There is this guy who just moved in the apartment just opposite to mine. I just saw him outside,” Alia replied annoyingly.

“I thought you said ‘he is soooo cute. I wish I had combed my hair before I opened the door’, Ruby said imitating Alia.

“Did I? Well, I have changed my mind since. I must have been sleepy when I saw him coz now, he is just creepy and not as tall as I thought he was,” said Alia.

“It’s just a feeling I get when I see him, and I have seen him a lot lately. Wherever I go, he is there smiling at me. It just puts me off,” said Alia.

“I still don’t get it. Of course, he smiles when he sees you, he is new here, and he knows you. Maybe he wants to be friends and can’t muster up the courage to ask you directly.”

“But he only smiles at me or talks to me and no one else,” said Alia.

“How would you know that?”

“A few days back, I was talking to Mrs Puri in the park, and she was going on about how kids today don’t even greet. They just go about their business. Then she told me to be careful of the new boy who just moved in as he is always in a foul mood,” said Alia.

“Why are you listening to her? She is a lonely old widow. All she does is poke her nose into other people’s business,” said Ruby.

“Don’t say that. She is a nice old lady,” said Alia and smiled. “Another thing I found out is that he had the option to rent a studio apartment on the 5th floor, which had a better view just like mine, but he rented the one opposite mine with no view at all.”

“If you ask me, he likes you and maybe is hesitant to ask you out. The next time he smiles, talk to him, and I bet he will ask you out, and then you can find out why he chose 2nd floor to 5th floor,” said Ruby smiling.

“No, thank you. I am done with guys. Last time a guy gave me so much attention and then broke my heart.”

“Oh, come on! Do you know how hard it is to find the right guy? Not everyone is the same. Just talk to him, maybe he is not that bad as you think he is unless you like girls,” said Ruby grinning. “I am ok with that too.” Alia and Ruby started laughing. After a lot of discussion, Alia promised Ruby to give Vikrant a chance next time he talked to her.

The next day when Alia went for her usual morning walk, she smiled back at Vikrant, it felt good.