You are here: Products Love ad Void by Olga Toprover 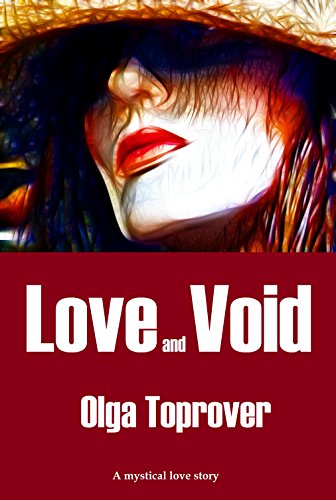 Dasha is a woman who stops aging at 25 because of a curse hanging over her family. This is just a side effect of witchcraft, the aim of which was to force Dasha and all women in her family to suffer from love and from never being loved in return.
“They will live with that unrequited love, which would be a torture. It will turn into their pain, obsession and sickness. Time will not heal them. Minutes and years would stretch to lengthen their sadness. There will no escape from love. Exhausted by that love, they will be seeking a way out. There will be just one escape, just one…”
Dasha is trying to find a way to stop the witchcraft. She witnesses wars, and leaders who come and go, promising new horizons and tearing off the thin threads of hope. To solve her mother’s secrets she has to connect the dots between past and present, traveling to various cities and even countries. Her sister Anna is suffering because of love and Dasha herself cannot escape her fate. Can she beat the darkness and change her life? Will she be able to find happiness in the ocean of ​​suffering and frustration?
Readers who are moved by a combination of fantasy, drama and romance will find this book interesting. The concept of “Love and Void” was partly inspired by “The Enchanters” (1973) by a French writer Romain Gary.
Recently a plot with a similar idea of an ageless woman was used in Hollywood, in the movie “The Age of Adaline” (2015).

Olga Toprover was born in Russia, lived in Canada for a few years, but currently resides in Los Angeles. Olga holds Master Degree in Computer Science from Moscow State University. She is also a published media author.

Her scientific education and journalistic experience as well as living in different cities and countries formed her into the writer she is today. Olga believes that true literature is about people. Her stories, above all, are about us.

The concept of “Love and Void” was partly inspired by “The Enchanters” (1973) by a French writer Romain Gary.

Chapter 1: The Pines of My Childhood