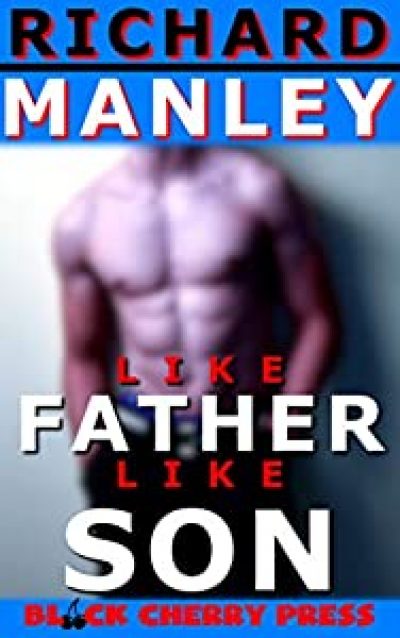 A lonely scribe toiling away in the wee hours of the night about naughty men doing naughty things! Have many books published on Amazon and Kindle Unlimited. I'm sure you'll find one to tickle your fancy!

I think I'm just an average guy. I'm starting college, I have a girlfriend, a brother, and divorced parents. I'm sure I probably pretty common. But I've got a secret.
It's tough, having your parents get divorced, but to be honest, it was a nightmare living with the two of them either fighting or giving each other the silent treatment. They just weren't good together. Things are much better now, they get along, mostly, and life got a lot less dramatic. Although that was about to change, at least for me.
People find it strange that my dad got the house, but really my mom never wanted to live there, she hated the suburbs and wanted a condo in the city, which she has now, and she's happy. So I'm happy.
My brother and I had an even split between our parents, but we spent most of our time with Dad, because of the house, because of school and because mom wanted to have more free time. That was fine, it worked out for everyone, really.
I don't have a close relationship with my brother, he's kind of aloof, kind of secretive, has his own life, I don't bug him, and he likes it that way.
Now that we're both over eighteen our time with each parent isn't court-mandated, but nothing really changed, we spend the majority of our time with our dad, at the house, and we visit our mom, in the city on the weekends. We're all much happier now.
But lately I've been having some confusing feelings. I'm straight, at least I thought I was, but now, suddenly, I'm finding myself more and more drawn to men. I see a guy and I scan their bodies, my eyes lingering here and there, but their faces are the most important thing. I like masculine men, butch men, older men, the straighter they look, the more interested I am in them.