You are here: Products Legends of Lust: Tempted by the Chained Queen by Zadie Black 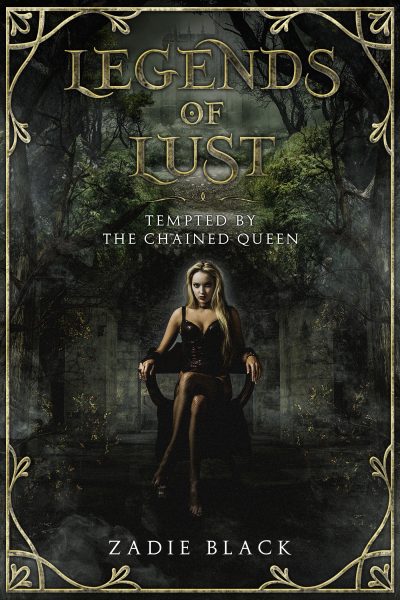 Legends of Lust: Tempted by the Chained Queen by Zadie Black

King Gregory’s beautiful and voluptuous new bride is the toast of the Kingdom of Sukkonia. That is, until a wicked sorcerer invades the queen’s bedroom in the middle of the night, whisking her away in nothing but her silk nightgown. Only Sir Richard of the Lance, the king’s loyal (and very well-endowed) champion stands a chance to win her back. Aided by the haughty redheaded lady-in-waiting Delmar and his hapless squire, Corin, Sir Richard is in a race against time to find and rescue Queen Aureola.

But when Sir Richard finds the queen, she is locked up deep in the sorcerer’s dungeons and wearing little more than chains and a loincloth. Suddenly, Sir Richard realizes that he is facing a challenge that may be too much even for him: resisting the allure of the king’s extremely sexy and half-naked wife!

Will the well-endowed knight and the buxom queen be able to resist their urges? Or will they ultimately succumb to their forbidden desires?

Only one thing is certain: sexy adventures in a fantastic land of myth and magic await!

There are just not enough hot, sexy fantasy stories out there! I thought there should be more, so I wrote the story I wanted to read.

Be the first to review “Legends of Lust: Tempted by the Chained Queen by Zadie Black” Cancel reply