You are here: Products Legend of the Mist by Veronica Bale 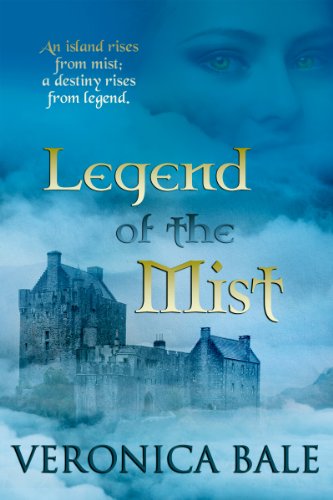 Legend of the Mist by Veronica Bale

There is a legend familiar to those who call the island of Fara their home. It is one that is passed down through the generations. From mothers who whisper the tale to their bairns as they float into dreams each night. From starry-eyed lasses who pray to find for themselves the undying love of which it speaks. From elders who know the magic of the thick and inexplicable mist surrounding this, and no other, of Orkney’s islands which rise from the sea off Scotland’s northern coast.

As the daughter of Clan Gallach’s chief, Norah knows the legend better than anyone on the island. It tells of a lady who waits in the mists of Fara for her long lost love to return to her. It’s an entertaining story, to be sure. But it is no more than fantasy. Or so the islanders say. But Norah is not so certain. All her life she’s felt that the legend is more than simple folklore, that the lady of the mist is more real than anyone wishes to believe.

But these are turbulent times, marked by the very real tales of Norse invaders and their brutality. When her people are conquered by a band of fearsome Vikings, one among them will blur the lines between reality and legend like never before. For Norah cannot help but feel that she knows him … from some other time … from some other life …

Veronica Bale has written several novellas, short stories, and news articles as a freelance writer. With her Highland Loyalties trilogy she made her debut into the world of historical romance novels. Veronica lives in Ontario, Canada with her husband, young son and three spoiled cats. When she’s not writing she’s running, reading, spending time with her family, or hopelessly lost in the cobbles of Coronation Street.

Legend of the Mist is a story that explores the idea of destiny, and of past lives lived. I’ve always been fascinated with that subject, with the idea of a love that transcends time. I wanted to write my version of it, and to share that version with anyone that might be as fascinated by the idea as I am.