You are here: Products Leaping Through Time: A Time Travel Shifter Romance by Tina Talon 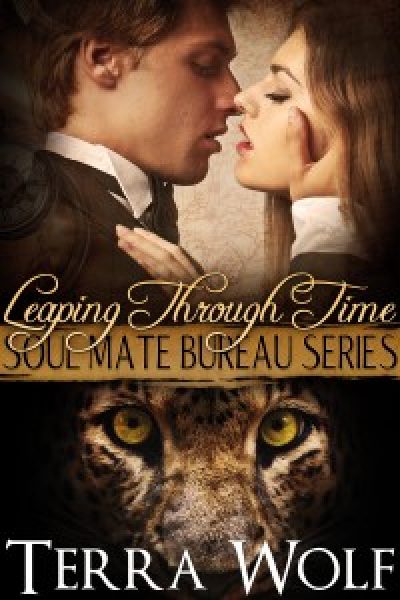 William has the money to find his mate, but does he have the time…

The crazy, old witch says she can send the wealthy, leopard shifter back in time to meet his mate, for a hefty fee. He’ll have one week to find her or lose her forever. In a foreign land and a foreign place where his money is useless, he’ll need his own wits and animal instincts to find the woman of his dreams.

Constance is a woman in a man’s world…

She makes armor for the gladiators in a world where the men are men and the women are their objects. Constance has long since given up on love when just getting through a grueling day is challenging enough. When the gorgeous, but wild eyed and crazy, fool in the silly clothes tells her stories of whisking her away to a future of leisure and money, all in exchange for one night of mating, she can’t help but want him to not be lying.

Another suitor pursues William and isn’t willing to share…

The beautiful and wealthy Fiona tries to distract William off the trail of his fated mate with her womanly ways and won’t take no for an answer. When William is forced to unleash his leopard to try survive, Constance realizes that she’s unknowingly craved a man like him all along.

Will the two of them have enough to survive the past, escape to William’s present, and show Constance a future she never thought possible?

If there is one thing that makes me weak in the knees, it’s a raw and primal shifter man that wants nothing more than to find his mate, especially if it involves time travel. If you are like me and adore strong alpha males and those unafraid to fight for their mates, you’ll enjoy my stories.

Be the first to review “Leaping Through Time: A Time Travel Shifter Romance by Tina Talon” Cancel reply