You are here: Products Lakeshore Lyrics (By The Lake: The McAdams Sisters, Book Five) by Shannyn Leah 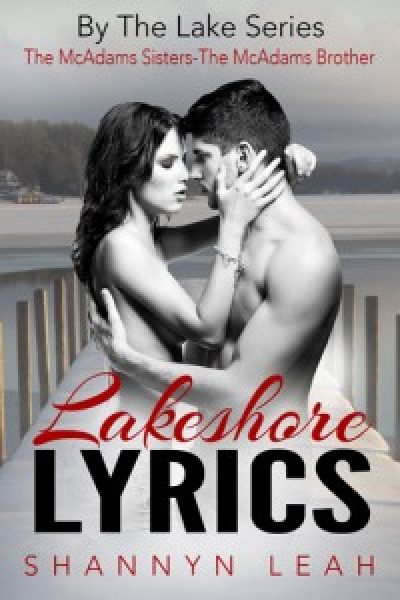 Lakeshore Lyrics (By The Lake: The McAdams Sisters, Book Five) by Shannyn Leah

Avery McAdams has dreamed about the day his band, Inch Away, would make it big, but he never expected to also fall in love at the same time. But it seems the woman he’s falling in love with, Cece Boyd, doesn’t have the same feelings. Apparently, their one sexual escapade was just a run of the mill romp in the sheets for her.

Cece sees things differently. She thinks Avery is like every other artist: just looking for the best way to get to the top. She’s determined to not let their one-night stand get in the way of business. What she doesn’t expect is to be madly attracted to him.

While both try their hardest to keep it “professional,” being stuck together in a cramped tour bus only heightens the feelings they have for one another. Will they be able to keep hold of their professionalism or will they’re broken hearts mend together as one?

“Lakeshore Lyrics” is the fifth in the “By The Lake” series, about the McAdams sisters, from author Shannyn Leah.

My latest book is Lakeshore Lyrics. This is the fifth book in The McAdams series, but is actually about their brother, Avery McAdams. You meet Avery in book four, Lakeshore Candy and during one of Abby`s emotional scenes, Avery’s actions made his own story. Right then and there, I knew I had to tell his lovestory with Cece Boyd.

Be the first to review “Lakeshore Lyrics (By The Lake: The McAdams Sisters, Book Five) by Shannyn Leah” Cancel reply