You are here: Products Lakeshore Love (By The Lake: The McAdams Sisters, Book Three) by Shannyn Leah 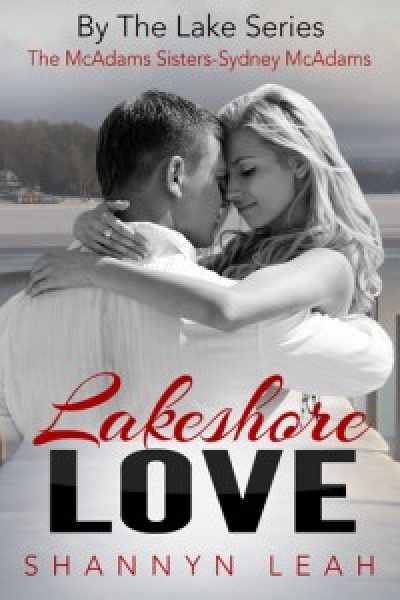 Lakeshore Love (By The Lake: The McAdams Sisters, Book Three) by Shannyn Leah

Jake Stow is a runner, but Sydney loves him anyway. He ran out of Sydney’s life years ago, but is back now and she cannot contain the feelings she has for him. When Jake finally confides he has similar feelings for her, Sydney gives in to the spark. Although she fears he’ll run again, she is powerless to the passion between them. Will the secrets he refuses to divulge continue to keep them apart or will their love overcome the mysteries he keeps hidden? It’s a chance Sydney is willing to take, but will Jake commit finally to her or will he run like he has before?

“Lakeshore Love” continues the “By The Lake” series about the McAdams sisters from author Shannyn Leah.

Lakeshore Love is the third book in The McAdams Sisters series. I fell in love with the relationship between Sydney McAdams and Jake Stow in the previous books. They’ve been friends since their teenage years, but a deep dark secret had kept them from moving forward into a relationship they both longed with one another. Sydney is a sweetheart with a kind, open heart, but at the same time she’s reluctant. Jake is a bad boy biker, but his protectiveness over Sydney and her entire family makes him the perfect hero.

Be the first to review “Lakeshore Love (By The Lake: The McAdams Sisters, Book Three) by Shannyn Leah” Cancel reply