You are here: Products Lakeshore Legend (By The Lake: The McAdams Sisters, Book Two) by Shannyn Leah 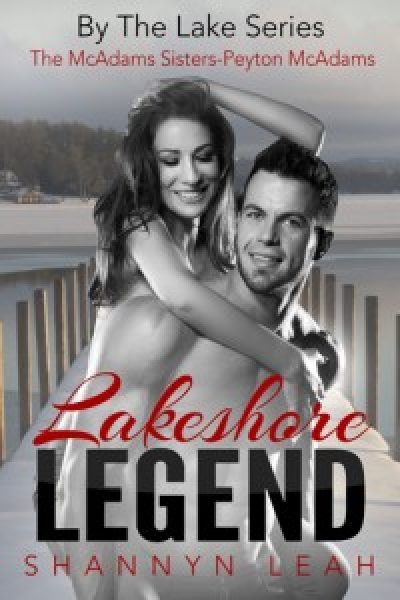 Lakeshore Legend (By The Lake: The McAdams Sisters, Book Two) by Shannyn Leah

Peyton McAdams doesn’t want a thing to do with Colt Patterson…except she has had a crush on him since they were little. Recently, they also had a nice little romp in the shower together. But Peyton thinks she’s just another notch in Colt’s belt and is determined NOT to fall in love. Love is just a game and it destroys people. She decides to focus solely on the new all natural soap store she’s opening with her sisters and NOT on Colt Patterson.

Colt Patterson is Willow Valley’s hometown hockey hero…or rather fallen hero. He is trying to make sense of his recently ruined life and his attraction to Peyton throws off his plans to wallow in his apartment, drinking away his sorrows. He finds himself drawn to her…and back to Willow Valley.

Can Colt and Peyton keep their fiery attraction to a dull roar and commit to just being friends or will the temptation be too strong to keep them apart?

“Lakeshore Legend” is the second in the “By The Lake” series, about the McAdams sisters, from author Shannyn Leah.

I couldn’t wait to write Peyton McAdams and Colt Patterson’s love story! Lakeshore Legend is book two in the McAdams Sisters series. When I was writing book one, Lakeshore Secrets, Peyton revealed a determined and strong-headed woman, who gave up on love and turned all her attention to finally opening and operating her own business, her life-long dream. Her sassy and harmless sneaky ways introduced a strong independent woman who would do anything to secure her dream. I was excited to show my fans the development of the soap shop and at the same time reveal Peyton’s little, tiny childhood crush in her next door neighbor’s son, Colt, a hometown hockey hero, who was back for the winter festivities! These two bull-headed characters developed a lot of their story and had me laughing to myself while writing them down!

Be the first to review “Lakeshore Legend (By The Lake: The McAdams Sisters, Book Two) by Shannyn Leah” Cancel reply