You are here: Products Lakeshore Candy (By The Lake: The McAdams Sisters, Book Four) by Shannyn Leah 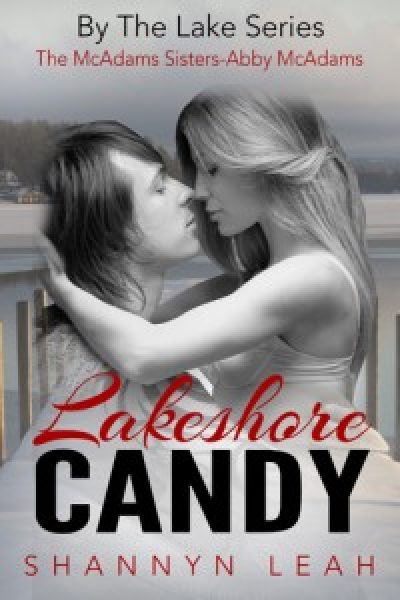 Lakeshore Candy (By The Lake: The McAdams Sisters, Book Four) by Shannyn Leah

Abby McAdams can’t sleep. She keeps having nightmares about her grandmother. Cuddling up beside her friend, Riley, helps to ease some of the fears. Well, cuddling and the candy she keeps hidden around his apartment. She can’t help but feel an attraction to Riley too, but they are just friends…right?

Riley has his own past that haunts him, but she thinks he might want to get to know Abby on a deeper level too. As they fight their own desires to be together, the past comes back to slap them in the face.

When they finally give in to their lustful cravings, will their love be enough to erase their pasts or will it be just another broken heart for both of them?

“Lakeshore Candy” is the fourth in the “By The Lake” series, about the McAdams sisters, from author Shannyn Leah.

Abby McAdams and Riley Boyd…what can I say? Through the first three books you meet the youngest of the McAdams sisters. A feisty and wild woman, who says exactly what is on her mind, but harbors a secret about her intentions with the mysterious man living above Mrs. Calvert’s bakery. And this man is mysterious. Riley doesn’t let anyone in, but somehow Abby has wiggled her way into his life, until the both of them can’t live without the other.

Be the first to review “Lakeshore Candy (By The Lake: The McAdams Sisters, Book Four) by Shannyn Leah” Cancel reply