You are here: Products Kiss Me! by Tory Richards 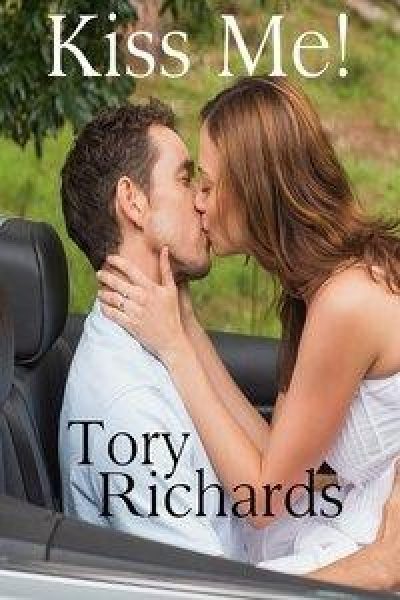 Kiss Me! by Tory Richards

He’s a divorced detective trying to get through his daughter’s teenage years before focusing on his own wants and desires. She’s a divorcee content to go through life alone after her ten-year marriage fails. Neither are searching for that special someone, yet they keep running into each other wherever they go, thanks to her matchmaking sister.

This is a full length contemporary romance.

Two years after Emma’s divorce she’s looking forward to settling into a quiet life in her new condo at the lake. But thanks to her match making sister she’s running into Stratton’s sexy small town detective at every turn. The last thing Mike’s looking for is a relationship to complicate his busy life, and tells Emma as much. So, if that’s the case, why can’t he keep his hands off her?

For a while (many years actually) life got in the way of my dreams. A few years ago, with the encouragement of my family, I decided to get serious and I haven’t looked back!

My inspiration came from real life situations, and the fact that I’m from a small town and I like detective/cop shows on TV.

Emma caught her breath, recognizing Mike the second she heard the deep timbre of his sexy voice. He made a hunky Zorro, dressed all in black in a costume that fit his tall, powerful body like it was tailored especially for him. She’d seen him watching her while she crossed the room, ignoring him on purpose because she hadn’t wanted to encourage any unwelcome attention. Now that she knew who he was, she couldn’t take her eyes off him.
He was what dreams were made of, the handsome hero disguised in a black mask, his steely eyes doing all his talking for him as he leaned insolently against the table with that wolfish grin. The bad boy every woman secretly yearns for. He had to know how he affected women with his mysterious presence. Goodness, she all but placed her hand over her pounding heart. What was wrong with her? It took effort to remind herself he was married.
She was about to step away when a dancer bumped into her backside, causing her to fly directly into Mike’s arms. “Oh!” she gasped, throwing her head back to meet his eyes just as his strong hands curled around the fleshy part of her arms, catching her against him. Their bodies were flush, and suddenly it seemed like they were sharing every breath, every heart beat as they stared intently into each other’s eyes.
Emma felt warm heat spread throughout her body, a heat that had nothing to do with the hot disco lights glaring overhead. Time seemed to stand still. She couldn’t pull her gaze away from his, too caught up in the spell of the moment and feeling way too much in his strong arms, experiencing way too much sensation against his hard body. She was old enough to realize the flow of heat pooling in the lower half of her body was the result of sharp and instant arousal. She tried to ignore the tingling in her nipples as they tightened against his chest, wetting her lips to issue an apology. However, the only thing that came out was a noise that sounded very much like a purr of surrender, a sound of betrayal if she ever heard one.
“Mike,” she began, in a breathless tone that revealed her emotions. She was unable to finish, her body trembling on a sudden wave of weakness. Certain her knees were going to give way, she struggled to put the brakes on the obvious signs of what being in his arms was doing to her. “Please…” she began, intending to ask him to let her go, but there was no denying the invitation she heard in her own voice.
Mike’s eyes darkened with desire; he didn’t want to let Emma go. He’d known he was attracted to her from the start, but he wasn’t prepared for the instant results she produced every time she touched him in some way. Even innocently, only this was hardly innocent. He felt every inch of her. His hands tightened around her arms, a low groan locking in his throat.
The very air around them seemed electrified. He didn’t want to feel the attraction, yet he was powerless to push her away. Instead, he was acting like an adolescent discovering what sex was all about for the first time. Hell, he was breaking out in a sweat! Her sweet scent and softness was more than any mortal could bear.
Glancing down was his undoing. Her lovely breasts, crushed against him, were all but spilling out of their scant covering. The breath hissed from his lungs, lust shooting a direct path for his aching groin. Releasing a low growl of denial, he felt himself turning hard, and realized he should set her away from him at once. But she felt too damn good right where she was. As if she belonged there.

Be the first to review “Kiss Me! by Tory Richards” Cancel reply