You are here: Products Killian (The fearless Few Series) Book 1 by Ryan Michele 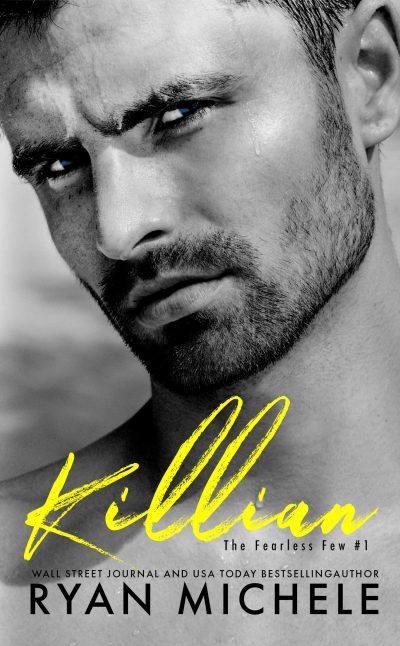 The power of a name … Killian Graham.

He was the kind of guy I couldn’t forget. From a high school crush that never went anywhere to now the full-grown alpha male that made my spine tingle, Killian Graham was the total package.

Frustrating, infuriating, and hot as they come, Killian Graham invaded my world and things haven’t stopped spinning since.

My best friend got herself in some trouble. Being the strong woman I was, I came to her rescue. That’s when Killian stepped in to save us both. From there, things got intense both in and out of the bedroom.

Killian Graham the mystery man who rocked my world on every level.

Killian Graham the man who decided he wanted me and would stop at nothing to have me safe and in his bed.

The one man I wanted more than my next breath. The very same man I wasn’t sure I could hold onto because everything about him was a secret. Or so I thought.

He laid his world at my feet. Now, it was up to me to decide if I could accept where things were headed for us and everyone around us.

Ryan Michele is the Wall Street Journal and USA Today Bestselling author of over 40 romantic suspense novels. She found her passion bringing fictional characters to life, being in an imaginative world where anything is possible. Her knack for the unexpected twists and turns will have you on the edge of your seat with each page. She is best known for her alpha, bad boy bikers and strong, independent heroines who refuse to back down. When she’s not writing, you can find her on her swing, watching the water ripple in the pond and plotting her next book.