You are here: Products Kidnapped by 2 Men by Summer Cooper 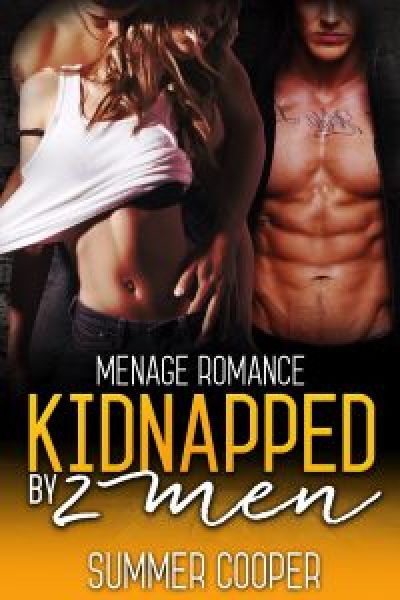 Kidnapped by 2 Men by Summer Cooper

Discover the wild girl in you with Summer Cooper.

“What is this torment?” She breathed the words against Liam’s fingers as they began to explore her lips, the touch burning to her core. And then Cameron parted her legs and she felt the touch of his tongue on her clit.
“Cameron!” She cried out as Liam’s lips found hers once more, crushing them with need, a need to inhale her pleasure, to feel it with her. She was going to faint from ecstasy. She’d forgotten which way was up. All she could feel was Cameron’s fingers sliding into her, how slick she was for him, and his tongue moving on her skin. She could feel Liam’s fingers moving down her neck, circling her breast to stop with a light pinch around her nipple, and she arched her back, pressing her breast into his hand.
So close, she was so close to some unnameable thing, but it was just there. Lily thrust her hips into Cameron’s face, the rasp of his beard against her thighs erotic rather than painful, as his tongue trailed up her folds, aiming once more for her clit as his fingers dove deep inside of her liquid walls. A moment later, she felt something more, more pressure, stretching her, and pain—jarring.
Cameron drew away at once, his fingers leaving her, and she tried to remember words, any words at all, to ask what had happened. Why had Cameron pulled away?
“What is it?” Liam was looking down at her.
“It…hurt.” Her words were full of the confusion she felt, both at the fact something so wonderful had hurt and that Cameron had stopped.
Liam’s look was quick, sharp, and Cameron only nodded.
“What?” Lily asked. “What is it?”
“You’re…” Cameron gave a sigh, clearly trying to steady himself. “You’re a virgin.”