You are here: Products Kara’s Song by Patricia Lowell 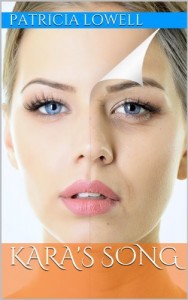 She shouldn’t be feeling this way about…him. She knew that. Her son’s friend; not of her race. A man raised in the ghettos of the South Side, to boot.

But Astrid Fagerberg was weary of being a nice, proper Chicago hausfrau. Life had left her raw and wounded; what did she have to lose?

Join Astrid as she struggles to breathe through the collapse of her middle class existence. Fights to understand her own visceral yearning to be mastered and owned.

And finds an entirely unexpected sweetness waiting for her at journey’s end.