You are here: Products Jessie’s Girl by CL Rowell 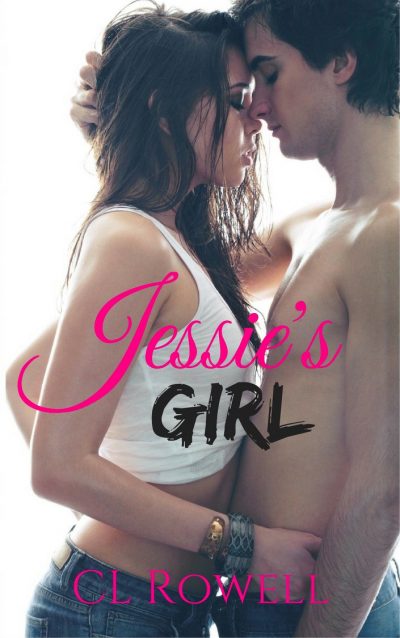 One look was all it took.
He was a singer with nothing but a guitar and a beat up van, determined to take the music world by storm.
I was a high school senior, a good girl who’d never even gone out on a date, with dreams of becoming a doctor.
Neither of us were looking for love. We thought we had our lives mapped out—but nothing is ever set in stone.
Sometimes, one night is all it takes to change your life forever.
They call me…Jessie’s Girl.

I am a southern girl, born and raised in crawfish country. I love to write romance – and read science fiction and fantasy, horror, romance and erotic romance. I'm a bit of a poet, but mostly when I'm feeling emotional. My friends tend to come to me when they need poems. I've been all over the continental US. My fave state? Oregon, because it has it all – beaches, ocean, mountains, caves, valleys, desert. I've been to Canada. I've driven an 18 wheeler…I'm 5'1", lol. I wanted to be a race car driver, but my first love is reading/telling stories. Why? Because between the covers of a book, you can go anywhere, be anything, and do whatever you like…all in the span of a few hours.

I've written stories ever since I was a kid, but only recently started publishing under pen names. For my birthday, my sister to me to an acoustical concert and purchased the VIP meet and greet package. It was Rick Springfield, my teenage crush. I used to daydream about him for hours, as a teen. I always hoped to steal his heart – like all young girls and their famous crushes. The concert brought it all back – the pounding heart, the butterflies, the lustful passion of first love – and spawned this story about an eighteen year old girl, Callie, and an up and coming rock star named Jessie.

The music thumped, and my foot had the accelerator mashed nearly to the floor on the familiar route. I was heading home from Natchitoches, and I was in a hurry to get there before my ice cream turned to slush. I pass by Bartholomew’s at least once or twice a week; I barely even glance at it anymore—but something caught my eye and had me doing a U-turn in the middle of the two-lane road, retracing my steps, and taking another, closer, look.
The oversized pasteboard sign in front of the dilapidated old bar read:

****
One Night Only
8PM
Jessie Robertson
See history in the making!
He’s gonna be huge—get your bragging rights right here!
Eighteen and up, only! Twenty-one to drink!
*****