You are here: Products Jack Knight: Just The Meat 1 by Richard Manley 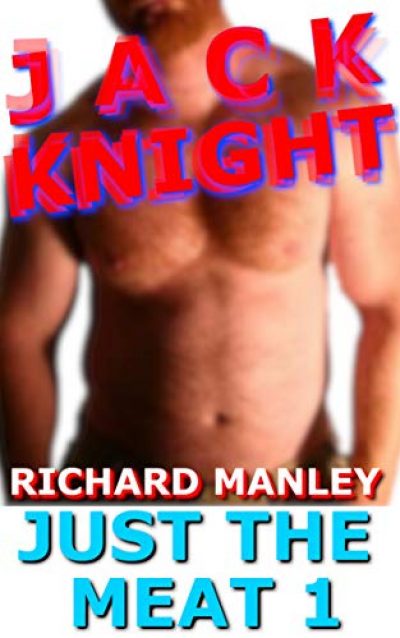 Jack Knight… gay crime novelist with a mansion, a popular club, a son, and a problem. He has a good life but it’s become predictable. But when the cops call him in on a case, things get interesting!

Jack Knight… gay crime novelist with a mansion, a popular club, a son, and a problem. He has a good life but it's become predictable. But when the cops call him in on a case, things get interesting!
During a launch for his latest book, one he’d had tucked away for just such a dry spell, he’s arrested by a Hunter, a handsome, virile, hard-boiled detective who takes him downtown, just to ask him a few questions.
Knight is thrilled, thinking one of his friends has arranged this exciting little adventure.
But of course, it’s not what he thinks.
There’s a killer on the loose and Knight is the prime suspect.
Why?
Because the killings, which have been coming fast and furious, are based on his books.
He’s not the killer and he’s quickly released, but detective Hunter still thinks he has his man.
He decides to bring Knight in as a consultant, to keep an eye on him, to keep him close.
Very quickly things escalate.
Even with six men on the homicide team, the investigation seems to be getting nowhere.
They’re just waiting for the story to break. They’re on a deadline. There’s a clock ticking. When will the killer strike again.
And to make matters worse, Knight feels himself falling for Hunter.
Big mistake.
The man is married to the job.
He’s a no nonsense, by the numbers, detective.
But Knight and Hunter are forced to work together, forced into tight quarters, forced to face each other, man to man.
Something has to give.
Something has to break.
Knight and Hunter are a mismatched pair.
Fighting to stop a cold-blooded killer.
Something’s gotta give.
Who’s it gonna be?
Knight or Hunter?
This book is just the naughty bits for those that don't want to read too much story and just get right to the meat! 😉