You are here: Products Italian Tilt by Carlos Rubio 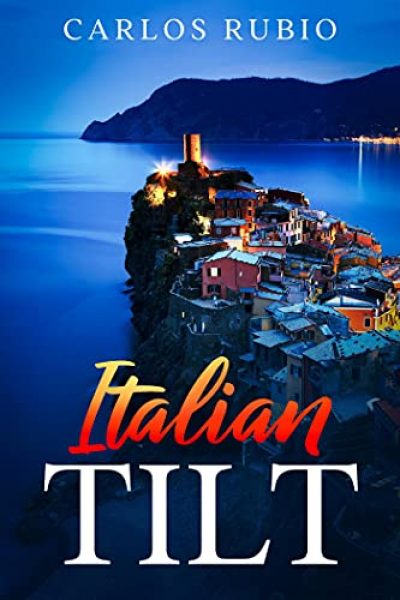 Italian Tilt is a novel that goes beyond exploring how Donald, the main character, finds romance and discovers a new culture while on a trip to Italy. It also deals with the nature of personal growth, the nature of friendship, as well as family conflict and reconciliation.

CARLOS RUBIO was born in Cuba and came to the United States in 1961. After finishing high school, he attended Concord College and West Virginia University. A bilingual novelist, in Spanish he has written Saga, Orisha and Hubris. In 1989 his novel Quadrivium received the Nuevo León International Prize for Novels. In English he is the e author of Orpheus’s Blues, Secret Memories and American
Triptych, a trilogy of satirical novels. In 2004 his novel Dead Time received Foreword’s Magazine Book of the Year Award. His novel Forgotten Objects was published by Editions Dedicaces in 2014. Since then he has completed two Spanish-language works, Final Aria and Double Edge. The latter was a finalist in the International Reinaldo Arenas Literary Contest and was subsequently published by Ediciones Alféizar in 2019.

I have always been interested in Italian culture. After spending some time in Italy in 2017, I decided it was time to put these experiences into a novel.