You are here: Products It Was Always You by S.L. Sterling 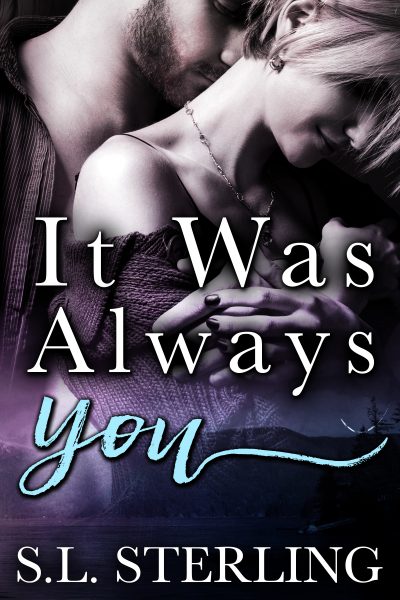 It Was Always You by S.L. Sterling

Fresh out of an abusive relationship, Tatum packs up and goes to live closer to her brother, and to make a fresh start. When Parker, the biggest regret of her life, comes back around, she’s immediately divided between giving their relationship another try and protecting her heart.

Parker hasn’t been able to get Tatum off his mind since the night he walked out of her life. Eight years of one night stands and many sleepless nights, the pain of losing her has virtually faded. When he finds out she is moving to town all the emotions from the past come crashing back into his heart. Reluctant at first, he sets his sights on making it work out with the only woman he has ever loved.

Just when Tatum is settling into her new life and relationship her ex-boyfriend becomes obsessed with getting her back, threatening everything they hold dear. Will Tatum and Parker’s love be strong enough to get them through their worst battle yet or will their worlds come crashing down once again?

S.L. Sterling was born and raised in southern Ontario. She now lives in Northern Ontario Canada and is married to her best friend and soul mate and their two dogs.

An avid reader all her life, S.L. Sterling dreamt of becoming an author. She decided to give writing a try after one of her favorite authors launched a course on how to write your novel. This course gave her the push she needed to put pen to paper and her debut novel "It Was Always You" was born.

When S.L. Sterling isn't writing or plotting her next novel she can be found curled up with a cup of coffee, blanket and the newest romance novel from one of her favorite authors on her e-reader. Her favorite authors include Kendall Ryan, Vi Keeland, Penelope Ward, Lauren Blakely, Alessandra Torre and Willow Winters.

In her spare time, she enjoys camping, hiking, sunny destinations, spending quality time with family and friends and of course reading.

"I'm sorry that I watched you walk away. I wanted to call you, to come to you after you and tell you what a mistake I'd made."

"I didn't think you would want to hear from me."

He bent down and placed his lips on mine, kissing me hard. "How could you think that? Walking away from you was the hardest thing I've ever done. My God, Tatum, I was in love with you."

Tears escaped my eyes as he kissed me again, his hands running down the length of my body. They settled on my ass, and he pulled me into his body. I wrapped my leg over his hip, so he could pull me closer to him. It didn't take long for me to feel his arousal against me; he was so hard and seemed much bigger than earlier. As his hands ran back up my body, they grazed the side of my breast, causing a soft moan to escape from my throat.

"Make love to me, please," I moaned as he continued to kiss along my collarbone.

He stilled. "I'm not sure that’s a good idea, Tatum." He looked from my eyes to my mouth and back again.

I lifted my head from my pillow and kissed him. "Please, show me what it’s like to be loved."

Be the first to review “It Was Always You by S.L. Sterling” Cancel reply