You are here: Products Invasion of Privacy and Other Short Stories by Jim Liston 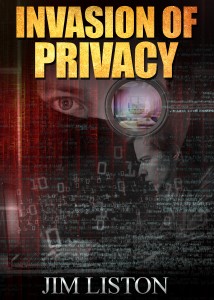 Invasion of Privacy and Other Short Stories by Jim Liston

If you’re the person who murdered my wife and think you’ve gotten away with it, think again. I’m looking for you, and I’ll eventually find you.

Is it wrong for me to try and find the person who ruined my life, even at the expense of stealing a few moments of someone’s privacy? If I invade a person’s privacy without them knowing it, what’s the harm? I guess it all comes down to the question of whether I’m willing to risk the consequence of going to jail if I’m caught. I am. What do I have to lose?

The other stories included are:

I’m sick of it. Every day there’s a group of them tourists, standing by my fence watching us, pointing and whispering. I don’t know what started it, but I’ll be damned if I’m gonna put up with it much longer.

“I’m going to kill her today,” he said, “I’ve had her tied up in the basement for three days; it’s time to end it.”

A fly only lives for about a month. It seems like a waste of time to train a fly and then have it die after only a month. Maybe he’s found a way to keep them alive longer. He is a doctor, after all.

Rita looked around at the crowd of smiling, excited faces, concentrating on every detail to commit it to memory; she didn’t want to forget any of it. She shouldn’t have worried; she would remember this for the rest of her life.

Carl hated his boss and was determined to find a way to get even with him.

We looked across the valley at a breathtaking scene of red lakes and forests of blue and orange that were alive with activity.

Before They Come Back

Running his claw-like hand along my spine while making an odd whistling noise that I surmised to be their way of communicating, I began to realize they were preparing to cut me open.

When Justin first saw Lucille, it was love at first sight. He knew that she was perfect for him. All of his friends and co-workers were envious; she was beautiful.

Ronnie and the Smoke Bomb.

I didn’t tell Ronnie the police had found him sitting on the curb near the car, crying. They said he was sitting there mumbling, “It’s only a smoke bomb.”

He has been writing short stories and flash fiction on his blog, JimsGotWeb.com, and the positive feedback has encouraged him to publish his first book, “Invasion of Privacy and Other Short Stories.” He is currently working on his next book, which will be published in December 2013.

I’ve been writing short stories on my blog for a few years now. The positive reaction has motivated me to publish some of them.

Invasion of Privacy
If you’re the person who murdered my wife and think you’ve gotten away with it, think again. I’m looking for you, and I’ll eventually find you.
1. Losing Diane
“This is my last job, I’m just waiting for the computer to reboot and then I’ll run a quick scan,” I say to my wife, Diane, while working in a client’s home.
“I should be back in less than an hour. Have you been very busy?”
“There were several customers earlier,” Diane says, “but it’s been quiet for a while now. I’m thinking about locking up and calling it a day, but I’ll wait until you get back. What do you think about going out to dinner tonight? I’ve been hearing about a new restaurant— I’ve got to go, someone just came in. See you soon , love you, bye.”
Arriving at the store about an hour later, I sit in the parking lot a moment. I still get a thrill when I look at the small business we’ve created. It might not look like much, but I remember it without the new windows added to the front. There’s a customer walking out, carrying a laptop .
Trying to be friendly, I say, “Hi, how’s it going?” He doesn’t respond and quickly gets in his car and leaves but not before I get a good look at him. He’s about my size, just under six feet, with long brown hair. There’s nothing unusual about him except he has a spider tattoo on his face, just under his right eye.
“Diane, I’m back,” I say while walking in the door. I’m surprised she isn’t at the front counter since a customer has just left. She’s probably in the backroom. I notice the X-770 laptop is gone. Spiderman made a good choice, I think while walking past the display of new computers. There’s a pile of papers lying on the floor, as if they’d fallen from the counter. It isn’t like Diane to let something like that go; I’m always teasing her about her compulsive neatness. I’m starting to get a bad feeling; something doesn’t feel right.
“Diane, where are you?” I hear a noise coming from behind the counter and rush over to look. Diane’s lying there on the floor, bleeding. “Diane,” I scream, “What happened?” There’s blood everywhere … so much blood. I grab her and press my hand against the wound on her neck to try and stop the bleeding. The warmth of the blood and the sticky wetness of it, surprises me.
“You’re going to be fine,” I say, trying not to panic, “It’s OK, I’m here, don’t worry.” Her eyes are closed, but they flutter open briefly, looking at me. The vacant look in her usually bright blue eyes frightens me. She’s trying to tell me something. “Don’t try to talk,” I say while dialing 911.
“911, what is your emergency?” the young woman calmly asks. “My wife is bleeding, please send help.”