You are here: Products Invaded by TJ Clark 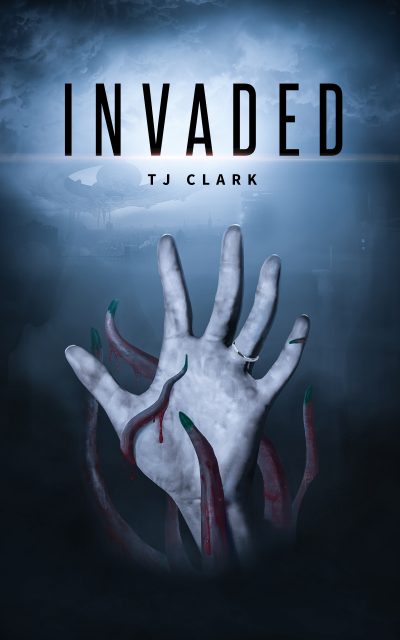 The NASA-confirmed sighting of a group of UFOs above the Los Angeles skies made international headlines, but when Tabitha Mayfield shares the details of her own terrifying encounter and resulting arm injury with her fiancé and coworkers, she is met with skepticism and brushed off as dramatic. She can’t shake the fear an alien life form is implanted in her forearm and soon becomes immersed in a battle to not only rid herself of it, but to protect her loved ones, her career, and most importantly, her sanity. The impossible choices Tabitha is forced to make will forever impact the course of her life and perhaps all of humanity.

TJ Clark lives in the heart of California's beautiful Central Coast. She has a Masters Degree in Urban Planning and has authored numerous manuals, reports, newsletter articles, and grant applications for both government agencies and nonprofit organizations. Invaded is her first novel.

I wanted to create an engaging story with both a strong plot and characters. The near future aspect of the story (believability) is very important to me.

Be the first to review “Invaded by TJ Clark” Cancel reply