You are here: Products In The Darling Dark by Wrenn McMaster 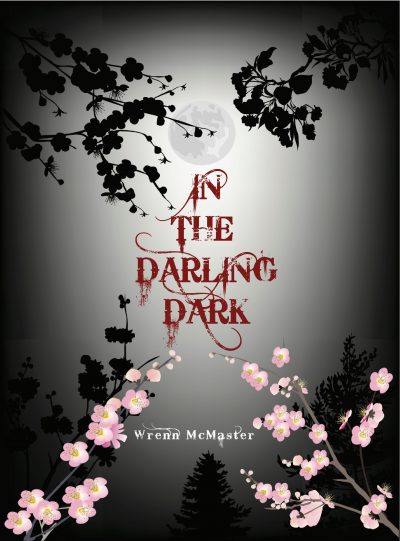 In The Darling Dark by Wrenn McMaster

Nineteen-year-old Glynis Albion isn’t like the others in Darling. With uncommon beauty and a history of sadness and loss, she is as isolated as the remote location in which she resides. The pain of Glynis’s past, coupled with the mystery surrounding the disappearance of her best friend, has left Glynis open to a secret. A dark menace that has been watching and waiting, biding its time, until just the right moment.

Long before Sabelle Sabin became lost to Glynis, she’d been found by another. A being that stalked its way into Sabelle’s heart, compelling her into an otherwordly conflict from which she had never been meant to escape.

Of course, none of this would have mattered were it not for Glynis’s quirky aunt, Libby, whose youthful alchemical interests ultimately thrust her into a confounding world of divination, danger, and deceit. A precarious flirtation that would prove to have immeasurable, unintended consequences.

Unaware of the plights that would befall Sabelle and Libby, Glynis knows only that since she lost them, she’s felt trapped on her family’s land in a self-imposed exile. And while the greatest mystery for most folks in town is the strange lacerations that have been appearing without explanation for countless years on the otherwise healthy residents of Darling, Glynis will soon find that the vision she can no longer trust will draw her toward one of nature’s darker creations, awakening a new understanding of what lies in the shadows.

Wrenn McMaster is an American writer of dark psychological fiction. She was born and raised in the midwest and now resides on the east coast. Her first novel, In The Darling Dark, has elements of psychological horror, but it might surprise the reader to learn that Wrenn studies mysticism and metaphysics, and considers the novel to be an allegory. The reader, depending upon how they make use of their powerful mind, could view the story as a dark descent into madness; or alternatively, as possessing a deeper meaning for which they might view the outcome through the lens of a higher purpose.

I began writing this book over ten years ago. At first, it was meant to appeal to the YA crowd, but as time went by, life offered its many distractions, and after the birth of a child, by the time it reached its conclusion, it had taken a far darker turn.