You are here: Products Impulse, Infinitus Billionaire by E.B. Walters 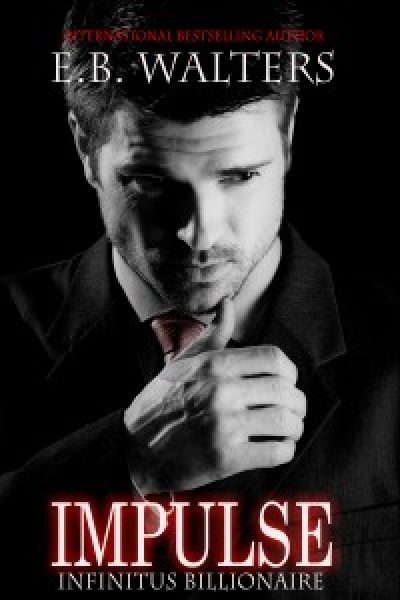 He has tradition ingrained in him… She lives for the moment…Will they find a common ground?

Lex Fitzgerald is not your average billionaire. He leads a double life as the conscientious head of his family and the pleasure-seeking rogue who parties hard and pushes the limits in and out of the bedroom. His two worlds are about to collide because of one woman, Jillian Finnegan. Lex needs a secret weapon to defeat a competitor and finds it in Jillian Finnegan. He has no intention of letting her potty mouth, her crazy lifestyle, or her eccentric family get in his way. So when he makes her an offer, he expects her to accept. However, sparks start to fly when Jillian gives him a counteroffer and dares him to refuse. Has Lex finally met his match?

Ednah Walters is a multi-published author of four different series: She writes contemporary romance under E. B. Walters, The Fitzgerald Family series, which started with Slow Burn for a total of six books in this series. She has a new series Infinitus Billionaire, Impulse (book 1) was published in January 2015. Indulge (book 2) will be released in the Summer 2015. She’s also the author of the bestselling YA Paranormal romance series, Runes and The Guardian Legacy-YA fantasy series.

Be the first to review “Impulse, Infinitus Billionaire by E.B. Walters” Cancel reply