You are here: Products Imperfect Love by Isabella White 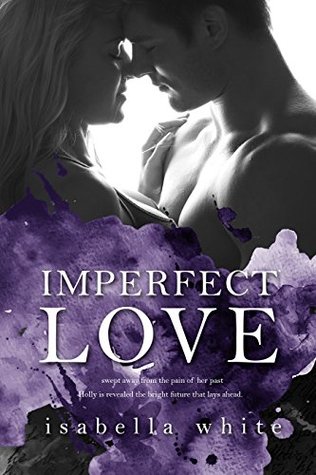 At 24 years old, Holly Scallanger has the perfect life. Everything a girl could want; a beautiful man, a stunning home, as well as being in the midst of preparing for the wedding of her dreams. This all vanishes the night she catches her fiancé, Brandon Morgan, in bed with her worst nightmare, Donna Sinclair, just a week before Holly is set to walk down the aisle.

Isabella lives with her family in South Africa where she writes full time. Her debut novel is Imperfect Love, a contemporary romance in the 4Ever series, with the third, called Endless Love due in 2018.
More contemporary romance novels will follow in the near feature. The what if novels that will go together with the 4Ever series, and a brand new title called From a Jack to a King will be available in 2018.

The Jelly Baby shot had indeed been great, for an assistant who had apparently never prepared one before. Bernie had been excited when she saw them, and happy that Holly had taken one, too.�Holly had silently thanked the heavens that Bernie hadn’t requested another immediately thereafter. She was tired of preparing shots, even if it had meant spending time with her yummy new assistant.�“So, can I ask you a question?” Holly looked at Jake.�“Is it Sonic related?”�“No.”�“Then, shoot.”�“How on earth did a hooligan and a doctor become friends?”�The laughter that followed was roaring loud. Holly had clearly missed something, but when she noticed tears streaming down Leo’s face, she put two and two together.�“You were into cage fighting, too. You hooligan,” she teased Jake.�“Now that was a long time ago.”�“That used to be the shit,” Leo said defensively.�“What, beating people up?” Holly asked.�“Never had the time to beat them up,” Jake explained. “It took a mere round or two to knock them out, stone-cold.”�“Always?” she looked at Jake.�“No, not always.”�“How did your mom feel about that?”�He chuckled. “Didn’t like it one bit.”�“I’ll bet,” she said. “Why did you stop?”�Leo gave Jake a concerned look, which in turn made Holly feel like crap.�“You don’t need to answer. Forget I asked…”�“Why not? It’s fine. I got badly injured. So badly that the doctor told me I’d never walk again.”�Holly could feel this was a very sensitive topic and she wanted to kick herself for bringing it up.�“But thanks to Leo and Bernie, I’m walking again.”�“Seriously?” She looked at Bernie.�“I’m a good friend,” Bernie sang.�Holly chortled. “Yeah, you’re okay.”�“And that’s when you became a doctor,” Leo stated.�“Yeah, there are more important things to live for.”�“Like a married woman.”�Bernie, Holly and even Jake gasped.�“Thanks, Leo.” Jake was none too pleased about that faux pas.�“Sorry dude, it slipped out.”�“I knew it would come out when the shooters started flowing.” Bernie looked at Leo and sniggered, “You, my angel, can’t keep a secret.”�“Shut up.” He sounded really upset, but then Jake started to laugh.�“You’re a home-wrecker, too?” Holly asked him, incredulously.�“Not in the least. I didn’t do a damn thing.”�“That’s the reason we haven’t seen you for the past three months,” Bernie asked.�“It was hard, okay?” He looked at Bernie.�“Jake, we help each other, always have.”�“I know, and I’m sorry I didn’t come to you guys.”�“Do we know her?”�Holly knew that once the secret was out, Bernie would interrogate them.�“No, you don’t,” Jake replied, quickly.�“I can’t believe you didn’t come to us.”