You are here: Products I’m Not a Ghost by D. L. Given 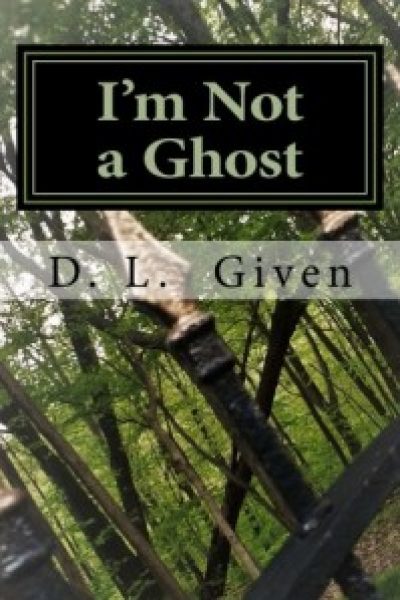 When Megan Cormer’s secretive husband leaves her alone for weeks at a time to remodel a house, she entertains herself with thoughts of what the old estate was once like. Longing for the happy life she once knew, she dreams of a home and family she soon realizes she will never have.

Recognizing she made a mistake, she tries to make the best of her situation and works tirelessly to recover what is left of her marriage, but when she catches glimpses of an attractive stranger from the past she wants more.

Unsure of what is happening; Megan questions her own sanity and wonders if her abusive husband has finally killed her.

Will she pass through time only to be punished with the knowledge of what she can never have? Will the former inhabitant of the home find a way to protect her from herself? Can she protect him from a history he couldn’t possibly foresee? Find out in this remarkable story of love, regret, and friendship.

Prologue
“I see your knight in shining armor, headed this way,” Beth, one of Megan’s co-workers said as she peered out the second story window of their small office.
Megan looked up from the stacks of fabric swatches she had gathered for a client and smiled. “I guess he wants to go to lunch.”
“Again? You two are getting pretty tight, aren’t you?” Beth continued to tease.
Martin, another of the group looked up from his work. “I don’t trust him. He’s odd.”
“What do you mean odd?” Megan asked, slightly irritated at his comment.
“I don’t know. He’s always dressed like he’s going to a funeral.”
“You’re just jealous,” Beth interrupted. “Don’t you mean suave?”
“I’m afraid I have to agree with Martin,” Pat, the older of the group and the owner of the small decorating business added. “I don’t know what it is, but there’s something about him that raises red flags.”
“Yeah, he’s the only guy that ever took me out, wearing something besides a pair of jeans and a T-shirt,” Megan scoffed.
Martin looked down, frowning. “What’s wrong with T-shirts?”
“Just the same, I wouldn’t let my guard down too quickly with that one,” Pat added.
Moments later, Thomas peered around the corner in search of Megan. He smiled when their eyes met and she stood, quickly reaching for her sweater on the back of her chair. “I’ll be back by 1:00,” she said, as she hurried toward him.
“I thought we might have Italian,” Thomas said, as he held his arm out for Megan to pass.

Be the first to review “I’m Not a Ghost by D. L. Given” Cancel reply