You are here: Products If the Walls Could Talk by Sophie Anderson 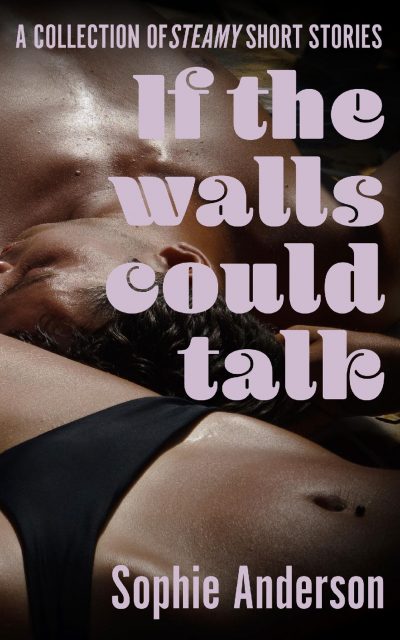 If the Walls Could Talk by Sophie Anderson

What really goes on inside people’s homes, especially at Honeysuckle House? There’s something about this particular house that makes its residents and its visitors feel rather amorous.
Introducing the sexy men; Matteo, Mark, James and Eric and the equally sexy women, Anna, Sarah, Kat, Lucy and Amber. Find out how they meet and what they get up to in, ‘If the Walls Could Talk.’

Sophie Anderson is a London-based first Time writer of erotica. If the Walls Could Talk is an introduction to a cast of characters, who will be followed up in future stories.

I've always been an avid reader and dreamt of writing,

Kat and Mark had been living in their beautiful new home for a few months; Honeysuckle House. Kat loved it. She loved the name; the decor; the layout; everything. The previous owner certainly had good taste and she and Mark enjoyed christening every room once they moved in. However, Mark had been spending more time at the office lately and she’d been spending more time alone. She couldn’t complain, he was the high earner who was contributing mostly towards the mortgage, his job was important and she’d always been aware of the long hours he had to put in.
Her best friend Lucy came over that evening with a bottle of wine and as always she complained of Mark’s lack of attention.
“I love him but he can be so distant sometimes,” said Kat.
“Well, you know my thoughts on the matter. I never thought Mark as the settling down type, he’s a little older than you and used to being on his own.”
“It’s not just that, our sex life has gone off the boil lately. He’s always been very sexual but doesn’t seem that interested lately.”
“Do you think he’s playing away?” asked Lucy.
“No, he loves me. He wouldn’t do that. He’s always at work, so he wouldn’t have time.”
Lucy just rolled her eyes at her naive friend. “Maybe you need to spice up your sex life. You’re pretty straight-laced.”
“I’m not straight-laced,” Kat insisted, “I’m just normal. You’re the one with the wild sex life. I can’t imagine doing half the things you get up to.
“Don’t try to imagine it dear, I wouldn’t want to corrupt you,” Kat teased as she stroked her friend’s cheek. “Nevertheless, you’ve been together for a few years and all couples go off the boil and their love lives suffer.”
“So what do you suggest?” asked Kat, half dreading the answer.
“Well…it’s Mark’s birthday soon. What would he like?”
“Uhmm, I suppose a new gadget of some sort,” replied Kat.
“No, I mean, what would he like sexually?”