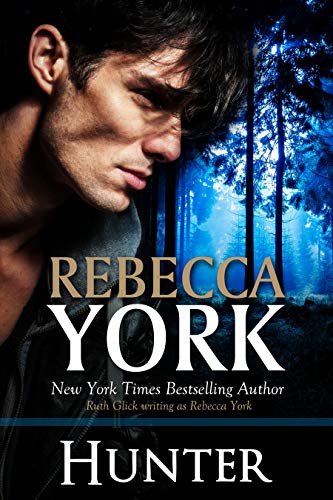 Fleeing from a killer, Kathryn Kelley took a job where she thought she’d be safe. But as soon as she arrived at the closely guarded government compound in Western Maryland, she wondered if she’d only jumped from the frying pan into the fire. She’d been hired to socialize a man named Hunter—no last name. He was supposed to be a criminal whose memory had been erased, but she couldn’t believe the story she was told about him. The more she got to know him, the more she fought to strip away the lies and get to the heart of the man. But even as the two of them grew to care deeply for each other, she knew that every move she made only put her in graver danger. Finally, she realized that the two of them had to escape. But did Hunter have the skill and the cunning to save her life? And what if he had to sacrifice himself to do it?

A New York Times, USA Today, and Publishers Weekly best-selling and award-winning author, Rebecca has written over 145 books and novellas. In 2011 she became the dozenth author to receive the Romance Writers of America Centennial Award for having written 100 romantic novels. Her Killing Moon was a launch title for Berkley’s Sensation imprint in June 2003. Five more books in the series have followed.

Rebecca has authored or co-authored over 65 romantic thrillers, many for Harlequin Intrigue’s very popular 43 Light Street series, set in Baltimore, and many with paranormal elements.