You are here: Products How to Train Her Curves by Christa Wick 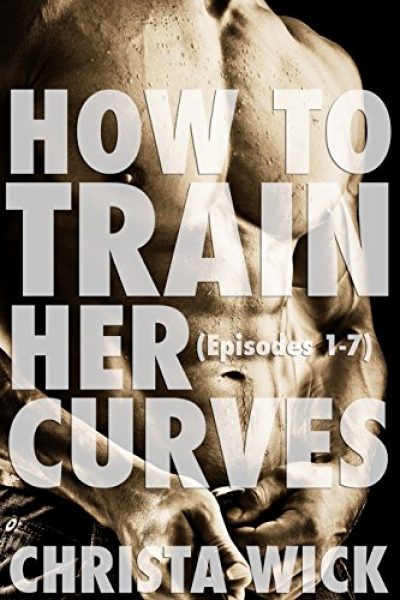 How to Train Her Curves by Christa Wick

Three secrets that could ruin everything

This is the collected edition of Training Her Curves episodes one through seven and includes:

Alexa Hunt thinks she's auditioning for a million-dollar payday as the spokesmodel for an upscale line of clothing for female submissives. She doesn't know I own the company or that I've been watching her for months on the fetish site Razor Girls.

She talks a good game for the cameras, but I know her secret.

Alexa has never played a real scene, never felt so much as the hard smack of an open palm on her bare bottom. That all ends tonight, when I teach her the joy of submission.

Tonight — when I make her mine forever.

For two achingly long years, Jo Dekker has worked for me. She schedules my time, answers my calls and books my paid submissives. She doesn't know how long it's been since I've actually taken any woman to bed or for how long and hard I've fought the need to pull her into my arms and do every last thing a Dom does to his submissive.

Jo is off limits. My lifestyle killed the last woman who fell in love with me. I let my brother Jake take all the blame to protect the family fortune. More than that, I know if I ever have Jo-Jo beneath me, her big blue eyes will be filled with terror.

Because fear is what turns me on.

Billionaire brat Riona Kehoe would laugh if she discovered I was in love with her. She's looking for a big, bad Dom who is every bit as impressive as her two, masterful brothers, Jake and Dylan. She probably isn't even certain that I have a set of balls.

I get it. I'm peculiar. Even the few souls I call friend would agree that I live in a world almost exclusively my own. Only rarely do I take a woman into my playroom, show her my ropes and turn her mind inside out.

Now my closest friend, the one who knows all my secrets, wants me to fly to New York, to bring my favorite lengths of silk and tie Riona up, to bind and thereby possess the lush flesh that has haunted my thoughts for months.

He wants me to make her moan.

He wants me to make her mine.

Without ever revealing who I am. “