You are here: Products How To Choose A Sweetheart by Nigel Bird @amouseandaman 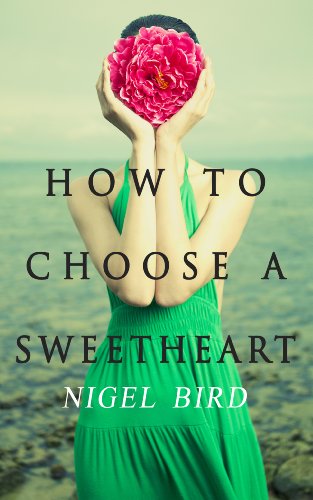 How To Choose A Sweetheart by Nigel Bird @amouseandaman

“She came into the bookshop. That was it. That was the beginning.”

This isn’t the first romantic story to feature a balcony, nor is it likely to be the last. Even so, what takes place in ‘How To Choose A Sweetheart’ is a modern, fresh take on an old-fashioned tale.

Max is a bookseller. Since his relationship with Jazz ended, he’s struggling to find purpose in life. That all changes when a beautiful woman, Cath, walks into his shop and pins up and advert asking for a piano teacher for her daughter, Alice.

It’s almost perfect. Max takes down the details and gets in touch immediately. Within a short space of time he manages to secure the position as Alice’s piano teacher and establish that Cath’s a single mother. What could be better?

Well, he might be able to play the piano for a start.

Or his newly acquired piano teacher might not be an old, alcoholic wreck.

And he might not be forced into a position where he needs to come up with a composition of his own to woo the new lady in his life.

It’s a tangled web we weave and Max seems to be sticking in the threads like a spider in a web.

A topsy-turvy romantic comedy that will warm your cockles and split your sides.

I was decorating, painting a wall in my home, when I created something of a fantasy whereby a young man forged his identity to try and get close to someone.