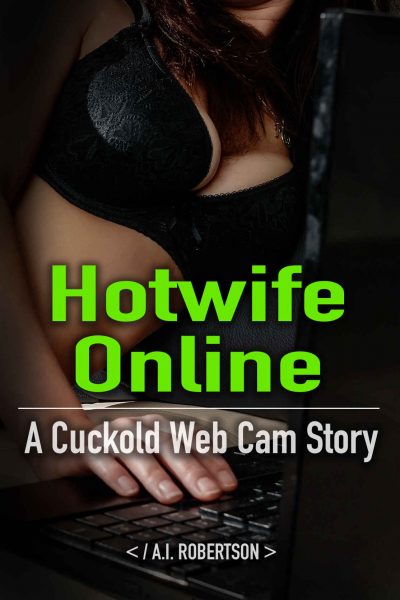 Completely by chance, Justin finds out that his wife of many years has a secret account on the adult webcam site Touch Me Online. When he discovers her online persona and cam page he realizes that his neat and easy button-down life is about to be changed forever by his wife’s sexy new past time. Watching her cheat right before his eyes on her cam, he realizes he wants to see her pleasured as much as she does herself. Maybe even more.

While wrestling with the idea of his wife’s new public indiscretions Justin must also figure out how to handle his personal assistant Lita, a hot red-headed Irish vixen with a flirtatious nature who seems to want to bring more than just coffee to her boss’ table.

So what gets me going? What makes my clock tick, my pendulum swing, my muse to… continue… musing? If you're reading this, probably the same things as you. I like to delve into the seamy underbelly of romance and erotica. You can get vanilla anywhere, my stories come in all flavors. They go to places where we all go from time to time but never admit to going. I like to build worlds and situations for the characters in my head who want to be worshipped, adorned, obeyed and at times also owned and subjugated for our pleasure? Sometimes it isn't for the faint of heart.

So, if you read the words that drop out of my head from time to time – most likely from some dark corner – and you wonder what the actual 'F' is wrong with you… The answer is nothing. Nothing at all. Carry on naughty reader, carry on indeed!

As I've said in my bio, I'm a bit of a pornography connoisseur. As such I've visited these sites before. I always wondered about the people behind the performers.

"The man on the screen, my wife’s new secret lover presumably, turned to her and they kissed deeply. It must have turned Rachel on because she took a seat on the bed and ran her hand down into her sheer panties and watched them. Melanie’s panties fell to the floor and Carl’s large hands grabbed her roughly by each cheek of her ass, holding her tight against him. I’d picked up the phone again not even realizing it. My eyes burned while watching them. She was going to cheat on me. Not only that she was going to do it in front of… holy shit, two thousand viewers."