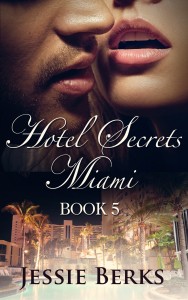 A proposal, a long sultry evening, and a whirlwind romance have landed Rebecca in one of the most confusing situations that she has ever been in. Had Gabriel really meant what he said or was it only uttered in the heat of passion? At home in Ireland life was simple, love was simple. In Miami everything was passion and heat. Gabriel professed his love, but could a man who had the ability to have anything he wanted really know what love was? Was Rebecca ready to bet the rest of her life on a playboy?

Gabriel wants an answer, Rebecca wants to be certain. There’s only one way to know for sure. Can Rebecca and Gabriel’s love survive continents apart or will an old flame spark a new love? Will Rebecca’s love of her homeland and her family shatter the illusion of her Miami romance? Is what she and Gabriel share true love, or only true lust?