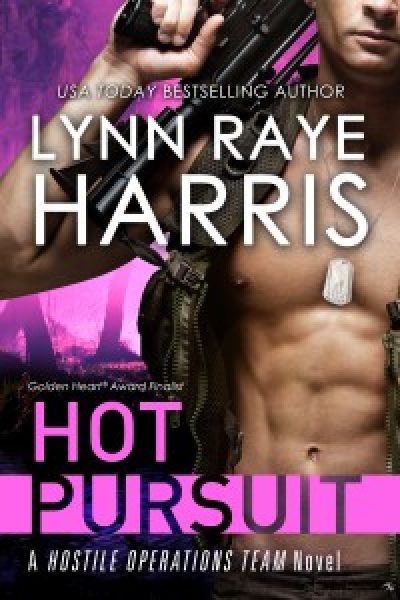 Ten years ago, Matt Girard did something he shouldn’t. When Evangeline Baker offered him her virginity, he took it. Then he left town and he’s never looked back.

Until now. His future as a black ops soldier with the Hostile Operations Team is in jeopardy, and he’s come home for a few days before going back to face the consequences of a mission gone wrong.

Matt still makes Evie’s heart pound, but she wants nothing to do with him. But when her sister goes missing and her ex-boyfriend turns up dead, she’s in need of Matt’s special military skills.

With time running out, Matt will put everything on the line to protect Evie and find her sister. Even if it means sacrificing all he’s worked for with HOT.

USA Today bestselling author Lynn Raye Harris burst onto the scene when she won a writing contest held by Harlequin. A former finalist for the Romance Writers of America’s Golden Heart Award and the National Readers Choice Award, Lynn lives in Alabama with her handsome former military husband and two crazy cats. Lynn writes about hot military heroes, sizzling international billionaires, and the women who dare to tame them. Her books have been called “exceptional and emotional,” “intense,” and “sizzling.”