You are here: Products Hospital Temptations by Samantha Bears 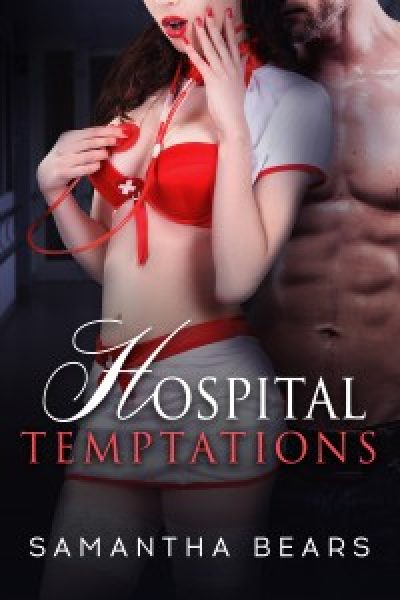 Danielle Pierce hungers for a feeling she has never known. Right out of nursing school, a mysterious man entered her life through the ER of Mercy General. Three years later, feelings have intensified, his mystery has heightened, and her morals have been compromised.

Denied the one thing she wants the most, Danielle ignores the pain the only way she knows how; partying, drinking and treating her patients with her own brand of medicine. When her heart demands the impossible, the lines of acceptable behavior begin to blur.

Under the watchful eye of a strict supervisor, and one infraction away from unemployment, can Danielle continue risking it all over a man she’s never had or will her raunchy escapades lead to a new desire and a whole new way of life?