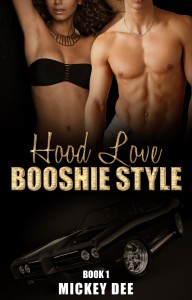 Rhonda’s life took a major turn at 13 when her doctor diagnosed her with bipolar disease. Her periods of high energy and moodiness fraught with drama drove most of her boyfriends from her during her high school years in California. Rhonda had the gorgeous face reminiscent of Los Angeles models and a desirable body with curves in all the right places. She appealed to most men. Rhonda’s dating life consisted of kissing a lot of frogs and struggles with relationships, at least until she attended her community home owner’s association meeting where she first laid eyes on Alonzo. He had just inherited his late uncle’s condominium in her building where his hope was to start fresh, escaping his past. Alonzo’s past was a hard one. He’d been a ruthless and scandalous thug whose life was quickly spinning out of control and eventually landed him in prison. He’d been skilled in the art of deception and lying to attempt to sleep with as many women as he could. It helped that his physique appealed to most women. Handsome and well-proportioned, his smile could light up a room and his shoulders and six-pack had women stunned. The ladies just knew he was blessed. Could a rejuvenated yet troubled Rhonda find the sensational love she deserved? Could she tame the desire-laden cravings of Alonzo? Would the former football star/inmate revert to his old habits and have his manly way with Rhonda?

Dr. Mickey Frazier Sr. is an independent researcher and freelance writer who has written technical real estate books (Free Claims on Gov’t Land, Claim Your Acres Now) as well as children’s books, (My First NASCAR Race). His book, How to Win in Small Claims Court and Collect, has information useful in all States and Europe. He first broke into writing in 1981 as a sports writer for a Tucson, AZ daily newspaper. He has traveled all over the world including living in Italy for 2 years. In 2012 he was a Candidate for the Nevada State Assembly. Dr. Frazier currently serves as the President of a large homeowners association.

Even though Tony had a demanding mental job, he made sure he had enough energy each night to handle her needs of him. He would wake up in the morning with the overwhelming desire to touch and tease her body into a molten need for him. His heat was sometimes enough for her to feel his desire without even a soft caress of his fingers or lips.
She would respond in kind by turning into him and matching her body to his from chest to breasts, stomach to stomach, and lower. As she rubbed her supple breasts against the crisp hairs of his chest arousing her nipples, he would lower his hand inch by excruciating inch until he’d found his ultimate treasure between her legs, rubbing and teasing her until she could scream in gratified ecstasy. He’d give her a small orgasm from his hand before his mouth would travel south of her mouth and neck to her breasts and then lower still with tiny nips and licks as he went. In just a matter of minutes, Rhonda would toss her head back against her pillow, moaning and breathing her pleasure, until it built to such a height that she flew over the edge, crashing down hard on one of the best orgasms of her life.
After she came back to herself, Tony would enter her body, claiming her as his, and took control of finding his own release within her, giving her a final orgasm as he found his