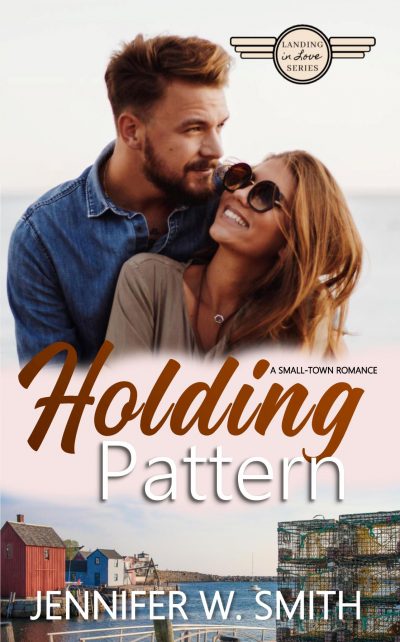 After the tragic loss of his wife, Cole Miller’s not ready to fall in love again. Isolated, he pores over charts and monitors the weather when not at the helm of his boat. So when this Cape Cod lobster supplier runs into a beautiful tourist, fate entangles their lines. This sophisticated lady rekindles his desire, summoning an inner storm and, causing him to question if he can move on from his past.

Begrudgingly following doctor’s orders, billionaire Veronica Lang takes time off from running her corporation and rebranding her airline to recuperate at her newly built seaside mansion. When she gets involved with a hunky lobsterman, she regrets lying about her identity. Cole may be the distraction she sorely needs, but something about him soothes her damaged soul. Keeping secrets could ruin her health, her relationship, and her company.

Will Cole catch her hook, line and sinker? Or will she be the billionairess who got away?

I write contemporary, sensual romances set in small New England towns, and across the globe. Former flight attendant turned novelist, I covet spending time with my family when I’m not writing. And I truly enjoy chatting with readers. Hanging out with my author friends is pretty great, too!

I lost my flight attendant position after the fateful 9/11 tragedy. I wrote a women’s fiction novel about a flight attendant called FLYING BACKWARDS. FLYING BACKWARDS then became the inspiration for my newest series Landing in Love. These aviation-inspired novels are standalone titles, featuring fresh, flirty stories of modern women and every-day men finding their happily-ever-after in small New England towns. For a limited time you can read FLYING BACKWARDS for FREE by joining my newsletter at (jenniferwsmith.com). So if you enjoy this novel, you might want to check out the Landing in Love series.

“What can I get you?” asked the red-bearded man with the name RED stitched on his apron.
Veronica grinned, recognizing and appreciating this friendly character. “I got a lobster roll here a couple of months ago and it was the best I’ve ever tasted. I had to get more before I head off the Cape.”
The man chuckled as he looked beyond where she stood. “Hear that, Cole? Best lobster roll she ever tasted.”
“Mmm-hmm.”
The unhurried murmur behind her shoulder sounded deep and was tinted with humor. The vibration and nearness of it made the hairs on her neck stand up and a sudden delicious chill went down her spine. Veronica spun, needing to see who this stranger was. She felt his tall presence at her elbow as she rolled her gaze up his worn jeans, over his filled-out flannel shirt to his handsome face. Before she knew what she was doing, she tore off her sunglasses, painfully snagging her ear with the force. Normally she took extreme precautions to keep her identity hush-hush, but she desired a clear and full-color assessment of the man before her. She blinked, taking mental snapshots of his rugged features, from his hooded dark eyes to his easy, natural smile bracketed with laugh lines. The five-o’clock shadow did little to hide his weathered, honest face. The dark, wavy hair in need of a trim added to his appeal. The urge to reach up and sweep the lock from his forehead made her fingers twitch.
Wow, when was the last time a man got my complete and utterly flustered attention!
“I’m Cole Miller, owner of Miller Lobster Company. I supply the lobster here. Thank you for the compliment, miss.”
Not only did he have a nice smile, but it seemed genuine. He seemed flattered. And it made him so much hotter. Veronica grinned in reply, unable to carry on a conversation for the first time in her life. To execute deals and grow her company, she was able to get along with people and make friends with everyone.
What was happening?
Reluctantly, she shifted her gaze to the man awaiting her order. “I’ll take two specials and two bottles of water, please.”
“Takeout?” Red punched in the order on the register.
“Yes.” She shoved her sunglasses back on and opened her purse.
“Red, put the lady’s order on my account.”
“Oh…that’s not necessary,” she stammered, completely thrown off by his thoughtfulness.
“After a compliment like that…you made my day. I insist.”
“Well, thank you, Mr. Miller.”
He obviously doesn’t recognize me, though I’ve been on the news. And he’s just nice, without asking anything in return. A rarity.
“You’re all set, miss. And for you, Cole?” Red interrupted her musing.
She stepped aside, allowing Cole to place his order, but she watched him from the corner of her eye. He had a wide stance, like a man who was used to the ground beneath him moving. The snugness of his jeans had her guessing his legs were muscular and his behind finely sculpted. The heavy flannel shirt was unbuttoned and when he untucked his hand from his front pocket, his clingy T-shirt lifted, revealing rippling abs. She couldn’t tell much about his arms, but his broad shoulders filled the fabric. Suddenly overly warm, she adjusted her coat, opening it and letting in some air. She fidgeted nonstop, stealing glances at him.
He didn’t scan the menu board or step up to the counter, just said, “Ham and swiss on rye. I’m headed home to do some paperwork.”
“Coming right up.” Red headed toward the stainless-steel counter in the back.