You are here: Products His Womanly Ways by K. Lynn 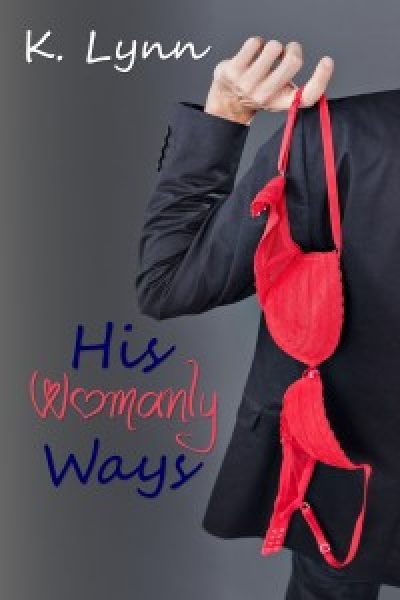 His Womanly Ways by K. Lynn

Alex is a womanizer. He makes no excuses for it. Yes, he picks up women at the local bar, leaving them with just a memory of a good night and a good lay, but he hasn’t had any complaints yet. That is, until he picks up the wrong woman. Not satisfied to be tossed aside as just another notch in Alex’s bedpost, she curses him, wishing he “knew what it was like for a woman.” And he’s about to find out what she means, embarking on a genderswap journey that he can’t stop.

Alex starts slowly gaining secondary female characteristics. Waking up with his cock gone, replaced by a vagina, was bad enough. Then it gets worse, as his body becomes more like a woman than the man he used to be. Alex tries to hide the changes he’s going through, for fear that someone will discover his secret, but keeping this quite literally “under wraps” might be impossible before the curse runs its course.

With the help of his female best friend, Eve, Alex tries to deal with who he is becoming. He feels like he’s lost his identity, his mind not matching the body he now has. But Eve sticks by him, and they become closer as Alex’s changes progress. What started out as friendship may become something more before Alex’s journey is over. Perhaps this curse was actually a blessing in disguise.

K. Lynn has been an avid reader and writer since childhood. While in college, K. Lynn increased her involvement in LGBT issues and writing within the LGBT fiction genre. She has become a long-time fan of the authors that seek to explore the commonality that exists within all sexualities and genders. Most of K. Lynn’s work features LGBT characters, many of whom are in established relationships and show how love perseveres through every trial and tribulation that life holds. She also has a particular interest in seeing transgender characters gain a larger foothold within the LGBT fiction genre, hoping that the market for these works expand in the future. Contact K. Lynn at writer[email protected] or follow her on Twitter @WriterKLynn

Did I strike the right note between humor and drama? Create an interesting storyline with realistic characters, despite the extraordinary circumstances they are in? That’s up to the reader to decide, but I do hope I provide a new way to look at the concept. Because a change in gender is not something to take lightly.

“I don’t need you to courier anybody, okay?” he growled. “This is more serious.”
She gave him a raised eyebrow. “I’m not helping you get rid of a body either. That was just a joke. You can’t hold me to anything I say when I’m drunk.”
“Shut up, there’s no dead body,” he said, untying the strings on the front of his sweatpants. “There’s something wrong with me.”
“For fuck’s sake, Alex, I don’t want to see your diseased dick,” Eve said, covering her eyes. “Go to the clinic.”
“I don’t think the clinic can help me with this,” he said, pulling his pants and underwear down and sitting on the edge of the bed in front of her. Alex pushed his legs apart, splaying them so there was no way she could miss the problem when she opened her eyes again.
“Eve, just look,” he urged, looking up at her.
“No!” she said, keeping her eyes fully covered.
“Please, Eve, I’m freaking out here and you’re the only person I knew to call,” his tone was pleading now and he was starting to freak out again. “Just look at me.”
“I told you,” she began as she started taking her hand away from her face, “I don’t want to see…what the hell is that?!” Her eyes widened as she saw him in full glory, her face losing all trace of color as she stumbled back.
“You should know, you’ve got one yourself,” he said with a pasted-on smirk, but his attempt at humor fell flat.

Be the first to review “His Womanly Ways by K. Lynn” Cancel reply