You are here: Products His Whims (His Forever, Book One) by Lena Bourne 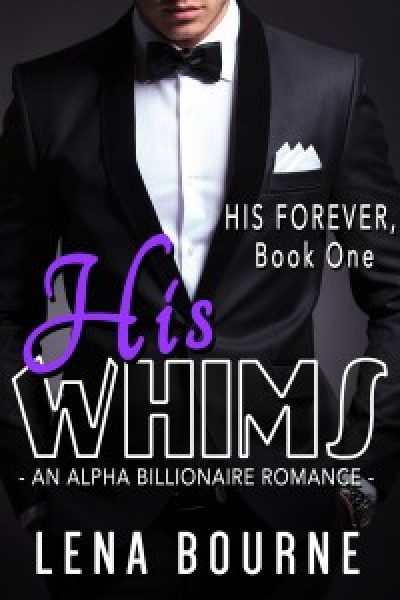 His Whims (His Forever, Book One) by Lena Bourne

Introducing HIS WHIMS – book one of a hot and steamy new billionaire alpha romance serial HIS FOREVER by Lena Bourne!

Twenty-six-year-old journalist Nicole has struggled to get her dream job at one of the world’s leading newspapers, and she’s determined to keep it. But when the attractive, newly made billionaire banker Mark Cross suddenly reappears in her life, all that is threatened. He wants to claim her, body and soul, and Nicole has never wanted to submit more, yet to do so endangers everything she’s achieved.

Mark isn’t someone who takes no for an answer. He’s worked hard to become one of the most successful and richest players in town. Now he wants Nicole. Because he has loved her from afar for many years. And he won’t rest until she is his. Forever.

*A steamy and suspenseful alpha billionaire romance, perfect for fans of books by J.S. Scott, Cassie Cross, and Hannah Ford.*

Suitable for readers 18 years of age and older.

Read for FREE with a Kindle Unlimited subscription.

To read the PREQUEL to this story, download Christmas Surprise by Lena Bourne for FREE. Copy and paste this link to get that book: amzn.com/B0191WUPHU

Lena Bourne writes stories about independent and smart women who mean everything to the strong men they love. If you’re looking for deep emotions, hot bedroom scenes, and some suspense thrown in, look no further than her books.

I love telling sexy stories with dominating bad boy alpha males and strong and smart heroines who can handle them.

Be the first to review “His Whims (His Forever, Book One) by Lena Bourne” Cancel reply