You are here: Products His Possession by Tory Richards 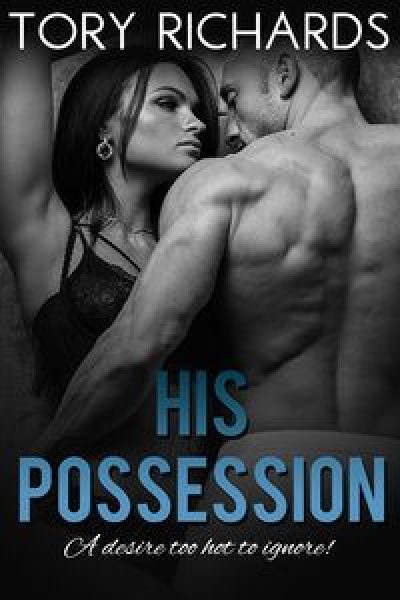 His Possession by Tory Richards

Raze is a member of the Wreckers MC, sentenced to life for a crime he didn’t commit, all because of the damning words of his best friend’s little sister. New evidence surfaces, proving him innocent, and once he’s released he’s determined to find the woman responsible. It doesn’t matter that they had history, doesn’t matter that he’s wanted her for the better part of a decade. Rosa’s betrayal has cost him three years of freedom, and he wants retribution.

Excerpt – Once inside the small kitchen I went to the cupboard, where I knew the fucking booze was kept. I grabbed the first bottle of unopened whisky and started to reach for a glass before deciding that I didn’t need it. I needed more than a fucking shot to fuel me for what I wanted to do to Rosa. I couldn’t let her get to me. I wouldn’t. We may never have acted on our feelings for each other, but we both had known they were there.
Well, the time for acknowledgement had fucking lapsed. Her betrayal had sealed her fate, and I was ready to make her pay. I downed about three shots worth, letting the raw burn settle in my gut and fuel my hate. Running the back of my hand across my mouth, I headed for the bedroom where Rosa was locked up, thinking about her pretty face as she’d sat on the stand condemning me, hearing again her tearful words as she’d sworn that I had done the killing, and recalling the silent plea in her eyes as she’d stared at me. I’d understood then that she didn’t believe what she was saying, yet it hadn’t stopped her from lying.
I came to her door, turned the lock, and opened it. Rosa turned from the window she’d been staring out of, tear tracks lining her smooth, olive-toned cheeks. Even in her disheveled state she was fucking beautiful. Her midnight hair was shiny and half tumbling down to her shoulders. I let my gaze wander lazily down her full curves, taking in the slight changes that had occurred since I’d seen her last. She was soft and ripe, and I was going to devour her.
She took a hesitant step toward me. “How many men have you fucked, Rosa?” I asked from the doorway. My question startled her, and she halted abruptly. I could see the confusion shimmering in her eyes. Her brows furrowed. Those sweet, full lips parted as she opened her mouth to answer, but nothing came out.
“How many men have been between your legs in the last three years?” I snarled, baring my teeth. She stepped back against the window in fear.
She began to shake her head. “No one,” she whispered. “There’s been no one since—”
“I was locked up?”
Tears swelled in her fucking eyes. “Raze, I’m so sorry—”
“No!” I was on her before she could finish. “You don’t fuckin’ get to say sorry, as if that will make it all go away,” I gritted into her upraised face, upraised because my hand was in her hair, pulling her head back so that she was forced to look into my eyes. I could so easily snap her neck if I wanted to. “Three fucking years, Rosa. For three fucking years your lies kept me behind bars, kept me from my club.” I swung her around and crushed her against the window, moving my mouth next to her ear. “Kept me from fucking.”
Keeping her pinned, I reached for the zipper at the top of her dress and pulled it all the way down her back. When it stopped at the top of her luscious ass I took the parted material in my hands and ripped it the rest of the way open until her whole fucking backside was exposed. I ignored her gasp, taking in the smooth slopes of her rounded ass, naked because of the thong she had on. Lust slammed into me like a freight train at the sight of all that curvy flesh. I wanted to squeeze it until she was branded with the imprint of my hand, leaving no doubt as to who she fucking belonged to.
How many times over the last decade had I imagined fucking Rosa?
“Then I guess we’re both overdo, “I grated into her ear.