You are here: Products His Lost Mate by Kathy Kulig 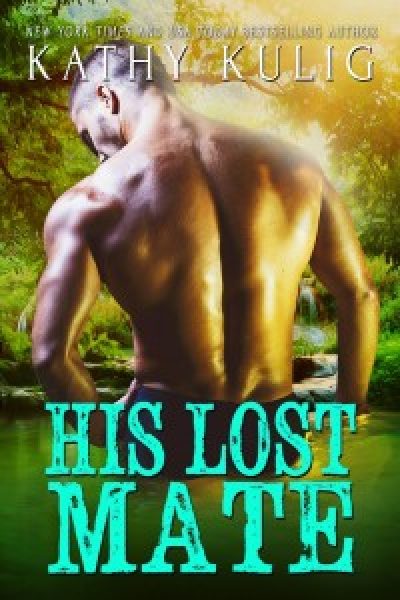 His Lost Mate by Kathy Kulig

Archaeologist and psychic Lauren Halpern embarks on a journey to uncover an ancient mystery in a sultry and exotic jungle, but everything is getting in her way. Deven Chandler, the drop-dead gorgeous leader of their excavation is a serious distraction she does not need, and she’s desperately trying to guard her heart. But the heated passion between them is undeniable, and they simply cannot find a way to stop the inevitable. Lauren senses a supernatural connection between them holds a secret deeper than the hot sex they’re trying to resist. And Deven, the scientist that he is, simply won’t believe her esoteric beliefs or warnings.

Once they tumble into a sizzling affair the real trouble begins. From the ancient ruins, a ghost of an ancient shaman lures them deeper to into the jungle where lies the deadliest evil of all. When danger arrives, can Deven learn to trust her and risk everything to save her?

She sensed a connection between them that was physical and emotional, but there was something more, something inside her was growing deeper and stronger.
“Are you hesitant to get involved with someone again?” His words startled her.
A tingling sensation twirled deep within her stomach and then swirled slowly downward. She began to twist her ring again. “Not really, I’ve put that all behind me. I do want to graduate and get my career established before I start dating.”
Deven’s gaze shifted to the ring that she was still spinning around her finger. He reached out and lightly grasped her hand and examined the ring. His hand was hard and rough.
“Nice piece of amber. I have a collection of amber at home I’d like to show you some time.” His thumb gently rubbed the back of her hand.
There was a splash in the lake and Lauren jumped. “What was that?”
Deven chuckled. “Probably a fish trying to catch a bug for supper.”
“A very big fish, from the sound of that splash.” Lauren laughed. “Well, he did a good job of scaring me.” She liked the glint in his eyes when he laughed. Then she remembered the scar above his eyebrow and touched it. “How did you do this?”
He smiled. “Wrestling with my sister at a lake by our house when we were kids. Playing ‘King of the Rock’—she won.” He was still holding and rubbing her hand.
Lauren’s pulse was racing. His gaze searched hers. Oh God, oh God, there is something between us. I’m not imagining this.
Deven’s smile slowly turned serious and sultry. His lips quivered and parted slightly. Would he kiss her? She glanced down at his mouth. Oh yes, she wanted his mouth on hers.
Blood surged through all the sensitive areas of her body. Her mouth opened a sliver. Her lips felt dry and she slid her tongue across them. The corner of his mouth twitched upward a fraction and a glint of lust flashed in his eyes.
He lowered his gaze to her mouth again, moved closer, then paused. His sigh was almost a groan. No, don’t stop now, she thought.
“I’ve been fighting this,” he whispered.
Her stomach did a twirl and she smiled. “Is that so?”
“Yeah.” He brushed her hair back, his fingers lingering in her hair. “This could be a bad idea.”
“You mean the student-professor thing?” She squeezed his hand and stoked his palm with her thumb.
He nodded and focused on her mouth again. If he didn’t kiss her soon, she would go out of her mind.
“I’m over twenty-one and we’re professionals. I think we’ll manage.”
He raised his eyebrows and grinned. “It’s against my better judgment and would be a bad idea.”
Damn him. She pulled her hand away and stood up. “No problem, Deven. I understand. See you in the morning.”
Before she took a step, he grabbed her wrist, pulled her back down and kissed her with such force all the air was sucked out of her lungs. He leaned back slightly, searching her eyes for approval, which she gave and captured her mouth again, even more firmly this time, teasing her, until a soft moan escaped her throat.
His muscular arms reached under her and pulled her legs over his lap. Her breasts pressed against his hard chest. As their lips parted, air rushed into her lungs.
Lauren moved her hand around his head and began to stroke the hair at the nape of his neck. He closed his eyes and tilted his head back. “Oh that feels so good,” he groaned.
Lauren felt her body quivering. A wave of need surged through her and she felt wet and achy between her legs. She urgently took his mouth again. His response was immediate. With mouths wide, their tongues searched fearlessly in delicious exploration.
His hand stroked her back and then roamed to the side of her breast. So close but not yet touching her there. She wanted him to take her breasts in his hands and fondle them roughly. Her nipples were already taut and craved his touch, craved his mouth. Oh, she’d never felt so hot, so quickly before.
His finger began to stroke the side of her breast while his mouth sought out her neck and glided his tongue along her pulse. It was maddening.
Her heated need overwhelmed her caution and she slid her hand down, touching his thigh. She wanted to, but didn’t dare feel for his erection. She wanted to know if he was as aroused as she was.
The firm muscles in his thigh flexed under her touch as his mouth took hers with such intensity that she felt lightheaded.
Then footsteps crunched on the gravel along the path. Someone was coming toward them. Lauren jerked away from him. Her heart pounded in her ears. Deven swung his legs around and hopped off the rock.
Her hands pressed against her chest, trying to will her pulse to slow and her mind to clear as the footsteps came closer.